WhatsApp to Reduce the Number of Forwarded Messages to Contacts 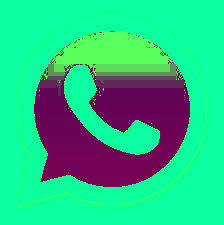 Again, WhatsApp, social media tool, has reduced the number of contacts that can receive forwarded messages at a time to curb the spread of false information about Coronavirus Disease (COVID-19).

From now, users can only forward messages to one contact at a time, rather than to multiple contacts simultaneously.

The messaging app has often been criticised for playing a role in spreading false information, so in order to prevent the spread of fake information amidst the Coronavirus outbreak, WhatsApp has taken this drastic action.

Part of its previous measures taken to curb the spread had been to introduce a new feature that helps users identify personal messages from forwarded ones. The limitation placed, according to WhatsApp, caused a 25% decline in the number of forwarded messages.

In a statement issued by WhatsApp, it stated, “Last year, we introduced users to the concept of messages that have been forwarded many times. These messages are labeled with double arrows to indicate they did not originate from close contact.

“In effect, these messages are less personal compared to typical messages sent on WhatsApp. We are now introducing a limit so that these messages can only be forwarded to one chat at a time. As a private messaging service, we’ve taken several steps over the years to help keep conversations intimate.

“For example, we previously set limits on forwarded messages to constrain virality, which led to a 25% decrease in message forwards globally at the time.”

The Guardian reported that WhatsApp is left with no choice: It stated that it understood that some messages forwarded to multiple contacts could be beneficial.

“We know many users forward helpful information, as well as funny videos, and reflections or prayers they find meaningful. In recent weeks, people have also used WhatsApp to organize public moments of support for frontline health workers.

“However, we’ve seen a significant increase in the amount of forwarding which users have told us can feel overwhelming and can contribute to the spread of misinformation. We believe it’s important to slow the spread of these messages down to keep WhatsApp a place for personal conversation,” it added.