UNJUSTIFIED INCARCERATION OF GEOFFREY IKECH-JEFF ESQ AND DISOBEDIENCE OF COURT RELEASE ORDER BY OFFICERS OF THE NIGERIAN POLICE FORCE. 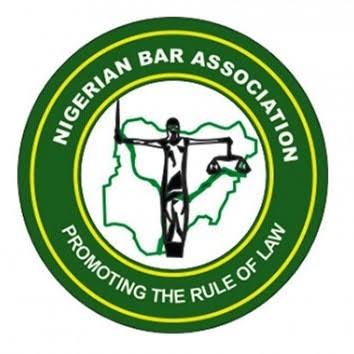 NBA CALLS FOR ACTION IF HE IS NOT RELEASED.

The past few weeks have seen the world community coming down heavily on human rights abuse as a result of the murder of George Floyd, a U.S. citizen by a Minneapolis Policeman. The Nigerian Police is on the verge of committing the murder of a Nigerian lawyer, Geoffrey Ikech-Jeff, who has been in Police unlawful detention for more than 3 months without being arraigned in court and inspite of a subsisting order of a High Court in Port Harcourt directing his release and an order of production directed to the Police by a Port Harcourt Magistrate Court.

The level of impunity by the Nigerian Police against citizen Geoffrey Ikech-Jeff is a sad reminder of the abusive nature of the Nigerian Police who instead, of being a law enforcer, has now turned to be serial law breakers with no respect for court orders.

Geoffrey Ikech-Jeff Eaq. was arrested on the 19th September, 2019 by the Police on a false allegation of attempted murder (which is not a capital offence) and detained at the Elele Divisional Police Headquarters, Rivers State where he was detained for some days before he was transferred to Special Anti Robbery Squad (SARS), Rukpokwu, Rivers State, and thence to the State CID, Port Harcourt, Rivers State where he was released on bail after spending several days in unlawful detention beyond the constitutional limit of 24 hours and without a valid detention warrant.

Geoffrey Ikech-Jeff Esq. immediately filed an action at the High Court of Rivers State to enforce his fundamental right. The Inspector General of Police, the Commissioner of Police, Rivers State, the Investingating Police Offices and the complainants were made parties and duly served the court process.

Surprisingly and without any iota of respect for the sanctity of judicial processes, and while the fundamental right enforcement action was still pending some Policemen from the FCID Abuja came to Port Harcourt, arrested him again and whisked him to Abuja. This happened on the 17th day of February, 2020. The Police further detained him in their facility at Abuja for more than two weeks, which compelled concerned rights activists and the NBA Port Harcourt branch to escalate the various rights violations committed by the Police against our colleague. The Nigerian Police subsequently obtained a purported a detention warrant from a Magistrate court in Nasarawa State, directing that Geoffrey Ikech-Jeff Esq. be detained at the Keffi Correctional Centre, Nassarawa State. The Magistrate Court subsequently set aside its detention order when information cane to light of the abuses committed by the Police in the matter. Still, the Nigerian Police refused to release Geoffrey Ikech-Jeff Esq. and continued detaining him in Abuja.

On the 17th day of March, 2020 upon hearing a motion ex parte praying for the release of Geoffrey Ikech-Jeff, a High Court in Rivers State granted him bail pending the determination of the substantive motion; all the processes were duly served on all the Respondents in the matter including the Inspector General of Police and the Ruvers State Commissioner for Police. The Police in gross disrespect to the sanctity of the judicial process filed a purported charge against Geoffrey Ikech-Jeff at the Federal Capital Territory Abuja for murder and forgery on the 19th day March, 2020 but they refused to arraign him. Again, the Police filed another charge of terrorism and forgery against him at the Federal High Court Abuja on the 19th day of March, 2020 but still, he was also not arraigned.

The Rivers Stare High Court after discovery the dilatory tactics of the IGP, Rivers CP and others who were duly represented by the office of the OC Legal, granted the Applicant bail on self recognizance and ordered that no charge should be filed against the Applicant until the final determination of the substantive suit.

In further disobedience of the order of the High Court of Rivers State, the Police on the evening of same day the order granting bail was made, arraigned Geoffrey Ikech-Jeff before a Magistrate court in Port Harcourt, having earlier filed a charge of murder and forgery thereat. The Magistrate Court, upon being informed of the trajectory of the case, the Police penchant for abuse of judicial processes and the subsisting order of bail of the High Court, adjourned the case to Monday the 8th of June 2020 to enable his Worship look at the High Court order which was being processed as at that time. On the 8th day June, 2020 the Police deliberately failed to produce Jeff in the Magistrate court. Defence counsel then applied for Production Warrant to be issued against the Police. The Production Warrant was issued and same served on the Police but they refused service and the bailiff of court deposed to an affidavit of non-service. Meanwhile, the matter had been adjourned by the magistrate to the 10th day of June, 2020. On the 10th day of June, 2020 the Police still failed to produce Jeff in the Magistrate court. Defence informed the Magistrate what transpired with respect to the Production Warrant that was issued and applied for adjournment and the matter was adjourned to 9th July, 2020.

Geoffrey Ikech-Jeff informed his counsel that on the same 10th day of June, 2020 when the matter came up in Court but the Police refused to produce him in court, some Policemen came to his cell to serve him a charge that was filed at the Federal High Court, Port Harcourt but that he rejected service. His counsel went to the Federal High Court, Port Harcourt to obtain copy of the charge but was told that they have been asked to stay action on the charge. On Friday, the 12th day of June, 2020 Jeff was moved from the State CID to SARS, Rukpokwu and on Sunday, the 14th day of June, 2020 the Police again, took Jeff back to Abuja to answer to another purported petition written by the same complainant who is also a party to the fundamental rights enforcement action. Geoffrey Ikech-Jeff, on the advice of his lawyers, have refused to answer to any new petition until he is allowed to see his lawyers and the order granting him bail is obeyed.

This is the travails of Geoffrey Ikech-Jeff Esq. in the hands of officers of the Nigerian Police Force. It is apparent that the Nigerian Security agencies have collectively decided to trample upon the fundamental rights of Nigerians to personal liberty; citizens that they are supppsed to protect.

Emperor Ogbonna Esq, is still in the unlawful custody of the DSS for more than 2 months now after the Federal High Court, Owerri directed that he be released. U.D. Farouk Esq. is also being detained by the DSS and for more than months, the DSS has refused to arraign him in court or granted him administrative bail.

The Nigerian Bar Association shall no longer continue to tolerate the abusive acts of security agencies in Nigeria. The NBA may be forced to initiate disciplinary measures against lawyers in the Police Force and the DSS who actively encourage the violations of human rights of Nigerians.

The NBA demands the immediate release of Geoffrey Ikech-Jeff Esq by the Inspector General of Police in obedience to the orders of the Rivers State High Court. The NBA also demands for the rekease of Emperor Ogbonna Esq and U.D. Farouk Esq by the Department of State Security Servce (DSS). Failure thereof, the NBA shall consider more proactive actions to be taken to escalate to the international community the rampant rights violations of Nigerians by security agencies and refusal to obey lawful orders of court. The NBA does not exclude organizing a peaceful protest march to achieve this purpose.

The modalities and arrangements for the mass protest by Nigerians against police/DSS brutality and impunity is on course.