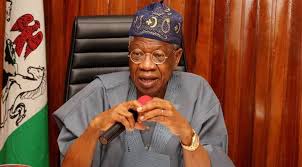 The Federal Government yesterday rejected the travel ban on travellers from Nigeria by the United Kingdom (UK) over the spread of the Omicron variant of Coronavirus.

It asked the UK authorities to “immediately” review the ban, which it described as “kneel-jerk, apartheid, discriminatory, punitive, unfair, indefensible, and unscientific.”

The government questioned the rationale for including Nigeria in the UK Red List, having been globally acknowledged for its proactive approach to the campaign against COVID-19.

It accused the UK and other developed nations of using their “enormous resources” to mop up “promising vaccines” to the detriment of less developed ones.

The UK government, however, sought Nigeria’s understanding, promising to review the policy on December 20.

At the weekend, there were no flights from Nigeria and the other affected countries on the red alert into the UK.

Yesterday, Nigeria reported 12 positive cases of Omicron as against UK’s 336.

Minister of Information and Culture Lai Mohammed spoke about Nigeria’s displeasure with the ban at a news conference in Abuja.

Asked if the Federal Government would respond to the ban with similar action, Mohammed replied: “The appropriate decision will be taken by the appropriate Presidential Steering Committee on COVID-19.”

The minister said the “reflex responses” of the UK were driven by fear rather than science.

His words: “Britain now joins other countries, including Canada, which has taken similar action against Nigeria over Omicron.

“Let me say straight away that it’s up to the PSC to respond to this action by the British Government and others, and I have no doubt that the committee will respond appropriately.

“However, as the spokesman for the Federal Government, I can say, without mincing words, that the decision by the British Government to put Nigeria on the red list, just because of less than two dozen cases of Omicron which, by the way, did not originate in Nigeria, is unjust, unfair, punitive, indefensible and discriminatory. The decision is also not driven by science.

”We sincerely hope the British Government will immediately review the decision to put Nigeria on its red list and rescind it immediately.

“Nigeria has handled the COVID-19 pandemic with utmost responsibility and based on science, and has rightly earned global accolades for its efforts. Nigeria does not belong on any country’s Red List.

“As we speak today (yesterday), nobody has been reported to have died of the Omicron variant. It is just pure prejudice and discrimination.

“How do you slam this kind of discriminatory action on a country of 200 million people? Whereas British citizens and residents are allowed to come in from Nigeria, non-residents from the same country are banned.

“The two groups are coming from the same country, but are subject to different conditions.

“Why won’t Britain allow people in both categories to come in, and be subjected to the same conditions of testing and quarantine?

“This is why this decision to ban travellers from Nigeria, who are neither citizens nor residents, is grossly discriminatory and punitive.”

The minister insisted that Nigeria had been proactive in its approach to the Omicron variant of Coronavirus to prevent its spread.

Mohammed said the Federal Government had on December 5 released a revised protocol on COVID-19 to reduce the risk of importation and exportation of the virus.

The minister added: “In the wake of the discovery of Omicron, the PSC reviewed its International Travel Protocol.

“The revised protocol, which came into effect yesterday (December 5), is aimed at further reducing the risk of importation and exportation of COVID-19, especially the variants of concern.

“Under the revised protocol, inbound passengers arriving in Nigeria are expected to provide evidence of tests done 48 hours before their arrival while those outbound travellers are to show PCR test results done 48 hours from the time of boarding.”

He described the measures as “science-driven actions, rather than those based on emotions and other extraneous reasons.”