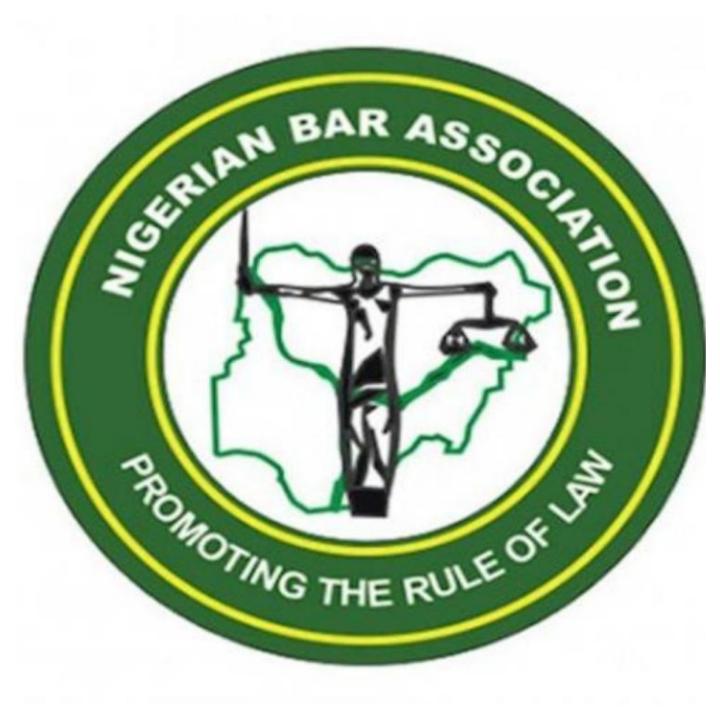 Following the confirmation by the Code of Conduct Tribunal that an application was filed by the Code of Conduct Bureau for trial to commence against the Chief Justice of Nigeria , Honorable Mr. Justice Walter S N Onnoghen, GCON, on a ‘six count charge’, the Nigerian Bar Association (NBA) has issued a statement in respect of the matter. Find below the statement – 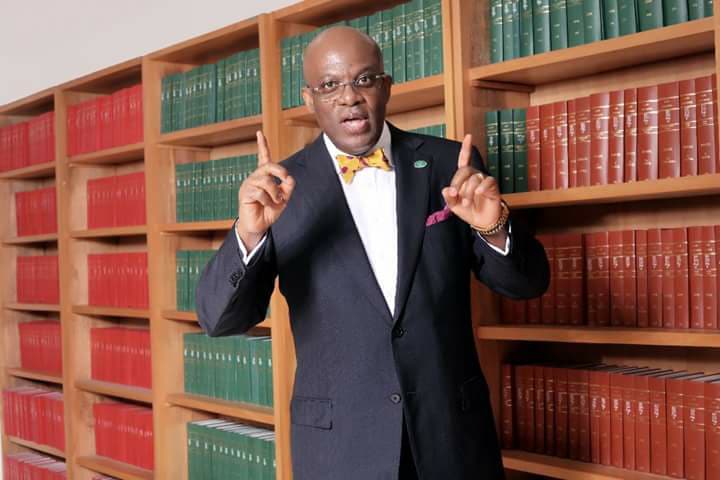 1. Nigerians have witnessed again the targeted assault of the judiciary by agents of the Federal Government of Nigeria (“FGN”) epitomized by today’s media trial of the Chief Justice of Nigeria, Honorable Mr. Justice Walter S N Onnoghen, GCON (“CJN”). According to media reports which have now been validated by the Statement of the Code of Conduct Tribunal (“CCT”) that was released today an application was “filed by the Code of Conduct Bureau to the CCT Chairman yesterday for the trial to commence against the Chief Justice of Nigeria on six count charges” and that the CCT “will commence the trial on Monday, 14thJanuary 2019”.  The Nigerian Bar Association unequivocally condemns this assault, intimidation and desecration of the Judiciary by FGN agencies and demands that it be stopped immediately.

2. In Nganjiwa v Federal Republic of Nigeria (2017) LPELR-43391(CA), the Court of Appeal made it very clear that any misconduct attached to the office and functions of a judicial officer must first be reported to and handled by the National Judicial Council (“NJC”) pursuant to the provisions of our laws. Only after the NJC has pronounced against such judicial officer can the prosecuting agencies of the Federal Government proceed against him.  As the Court pointed out, these requirements of the law are anchored on the overriding principles of separation of powers between the executive, the judiciary and the legislature and on the need to preserve, promote and protect the independence of the judiciary. Our respective liberties and the rule of law are best protected and preserved if the judiciary remains independent and shielded from intimidation and assault by the other arms of the government.

4. Why has FGN decided to embark on this anomalous course of charging the CJN before the CCT without first presenting whatever facts it purportedly has against His Lordship to the NJC for its deliberation and determination?  The Petition that triggered the CCB action was on its face received by the Bureau on 09 January 2019 and the Charge was promptly drafted and is dated the following day, 10 January 2019 – giving the CCB a record 24 hours for completion of its investigation and the drafting of the said Charge and ancillary processes!  If one contemplates the fact that the CCT arraignment is scheduled to take place on 14 January 2019, we have in total a record number of 3 (three) working days between the receipt and processing of the petition, investigation, preparation of Charge and ancillary processes and the arraignment! Such unprecedented speed and efficiency in Nigeria’s criminal justice administration! It is clear, given the rush with which this matter was conducted by the CCB, that the NJC was not privy to it and did not conduct its mandatorily required disciplinary processes prior to the filing of the Charge before the CCT.

5. We still wonder why the FGN choose to deviate from the laid down and explicit provisions of the law as expounded in Nganjiwa v FRN (supra).  Could it be that it was misadvised?  Or is this a naked show of power and force by agencies of the FGN?  And why embark on the media trial of the CJN?  This, unfortunately, is a predilection of the FGN’s prosecuting agencies with the possible exception of the Federal Ministry of Justice.  As the NBA pointed out in its International Anti-Corruption Day Statement that was issued on 09 December 2018 “media trial of persons charged with corrupt practices . . . amount to corruption itself.  Indeed, those orchestrated media trials degrade and corrupt the justice administration system quite apart from the incalculable (but obviously intended) damage that it does to persons who may ultimately be discharged and acquitted.  In point of fact, it is corrupt practice to use as license or hide under the cover of the fight against corruption to recklessly destroy the names, characters and reputations of persons who have not been found guilty of corrupt practices by competent courts and who may ultimately be pronounced innocent of such charges.”  These media trials must, alongside the on-going desecration and assault of the judiciary, cease forthwith.

6. There are two final issues that we must touch upon in this Statement, albeit, briefly.  First, could it possibly be a coincidence that the current assault on the judiciary is taking place only weeks to the 2019 National Election?  Apart from the conduct itself being wrongful and deplorable, its timing is condemnable.  FGN will find it difficult to convince any reasonable person that its assault against the CJN and by extension the judiciary is not aimed at emasculating that arm of the government and intimidating our Judges ahead of the 2019 National Elections.  In our afore-referenced International Anti-Corruption Day Statement, the NBA had deplored “conducts that qualify as . . . political non-accountability, absence of transparency and impunity in public service.”  The FGN’s conduct in this instance qualifies, amongst others, as “impunity in public service”.

7. As a final point, it is also difficult for a disinterested observer not to see a pattern of consistent assault by agencies of the FGN on the heads of the two independent arms of government, to wit, the legislature and the judiciary, starting with the prosecution of the Senate President, Dr. Bukola Saraki, before the CCT and now, the ill-fated prosecution of the CJN before the same CCT.  The impression must not be created that the agencies of the Executive arm of the FGN are interested in destabilizing and laying prostrate the other arms of the Government and in the process eliminating and destroying any and all voices of dissent and checks and balances.  That is not desirable for the democracy that we strive to build neither is it good for the image of the Government.  We urge restraint on the part of Government and demand that the CCB follow due process in proceeding against the CJN by complying with Nganjiwa’s Judgment (supra)and other similar judicial precedents. This continuing attack on the justice sector must cease forthwith.  FGN and its agencies must desist from debasing the rule of law.