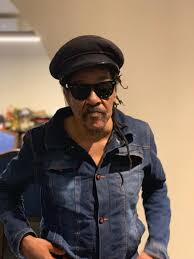 LEGENDARY singer, Majekodunmi Fasheke, and Rainmaker as he is fondly called, Majek Fashek has died. His manager, Omenka Uzoma Day, confirmed the news via a short video on Instagram, saying the “the legend has gone to be with the Lord, but this time we should all celebrate him.”

He had been known to have battled drug addictions and fallen ill at various times, with many intervention from fans.

The Reggae star Majek Fashek (born: Majekodunmi Fasheke) attracted international attention, in 1987, when his self-penned tune, “Send Down The Rain,” seemed to coax a rain storm that ended one of the worst draughts in Nigeria’ s history. Labled a “prophet”, Fashek went on to become one of Africa’s greatest reggae-influenced performers. His debut solo album, Prisoner Of Conscience, released in 1988, sold more than 200,000 copies in Nigeria alone.

Born in Benin City, once the center of the ancient Sini kingdom, Fashek inherited his love of music from his mother, an Edo woman who raised him following the death of his father when he was eleven years old.