THE NBA JUSTICE SECTOR SUMMIT: THE URGENCY OF NOW BY HABEEB LAWAL 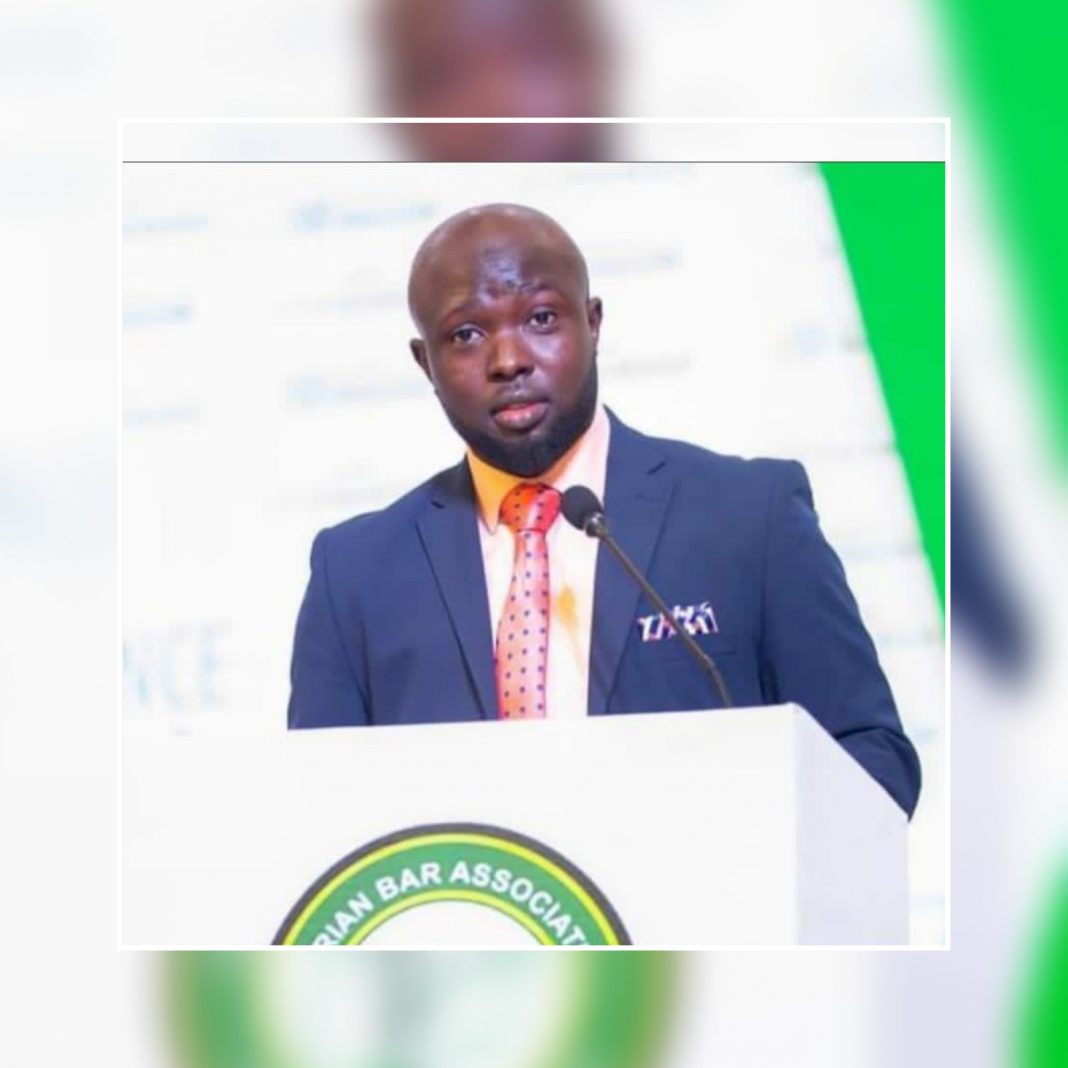 The NBA Justice Sector Summit 2022 held on Tuesday 25th January, 2022 and it would rank very high as one of the most purposeful and deliberate gatherings ever had to check on our sick justice system, diagnose the cause of its illness and prescribe the necessary medications to get the justice system back on its feet.

But for the obvious limitations of law, the respected and willing men and women (comprising of lawyers, legislators, law teachers and judges) at the summit would have gone ahead to administer all the doses that were prescribed for the ailing justice system there and then and the morning after would have seen a working and walking Nigerian justice system.

The depth of collaborations that the NBA enjoyed from the Justice Research Institute, the Konrad Adenauer Foundation, the United Nations Office on Drugs and Crime and the Justice Reform Project produced an array of intentional delegates, experienced speakers and policymakers.

The organising committee led by Mr. ‘Tunde Ajibade, SAN, the Chairman of the NBA Judiciary committee set the tone with a well thought out plan on what the summit would achieve. The opening plenary was to unfurl the discussions along the theme of the summit while the three other technical sessions were to fold up the conversations within the boundaries of the issues identified as affecting our justice system in order to easily grasp the solutions the discussants and delegates were expected to tinker and proffer.

The exchanges that followed were frank and as open as they could be, there was no holding back on what had to be said and done. From the AGF Malami’s insistence that the judiciary should open its account books for proper accountability in order to determine its use of budgetary allocations to the ‘counter’ of the NBA President Akpata that while open books are desirable, the judiciary’s autonomy is non-negotiable.

On the quality of judges being appointed, the NBA President decried the unreasonable appointment process where interviews of prospective justices did not take up to five minutes while some candidates to the bench were simply asked to take a bow.

An FCT high court judge later confirmed in another plenary that his brother judge who is apparently a product of such warped appointment process once asked him the meaning of visit to locus in quo. The Chairman of House Committee on Judiciary complained that the budget of the Nigerian judiciary is not up to 1% of the national budget and when the Vice President Osibanjo SAN climbed the stage, he in turn unequivocally stated that there was no sense in the fact that judges have lower paychecks than legislators and that the benchmark should see court of appeal and supreme court justices taking home the same salaries and allowances as House of Representatives members and senators respectively.

The anchors of the summit seemed to have one job and it was to remind everyone that the summit would not be another talk exhibition. Their insistence pushed the theme of the summit – “Devising Practical Solutions towards Improved Performance, Enhanced Accountability and Independence in the Justice Sector” – beyond the advertorials and fliers of the summit to the plenaries and the discussants duly regaled us with workable solutions to the myriads of issues militating against the effective administration of justice in Nigeria.

There were anticipated key deliverables, some of which are in the long term and will be laid one brick after the other, but the committee promised to immediately pluck some of the low hanging fruits and run with them to all the nooks and crannies of the country with the NBA leading the charge for immediate implementation before the next year summit.

The committee seems ready for this task. For context, one of the reasons for delay in our court system as indicated by Mrs. Funke Adekoya, SAN is the fact and law that while the Federal High Court has the power to transfer cases to the State High courts where it discovers that it has no subject matter jurisdiction over a cause, the State High Courts lack such reciprocal powers to transfer cases to the Federal High Court in similarly deserving circumstances, thereby causing litigants who would have to file fresh suits costs and time.

Mr. Ajibade, SAN noted that the judiciary committee of the NBA has already recommended to the constitutional amendment/review committee of the National Assembly that the Constitution should contain a provision that will confer such powers of transfer on the State High Court and that where it is a decision of a court that it lacks jurisdiction over a cause which has been transferred to it from another court, the issue should be subject of appeal and the decision of the Court of Appeal over same should be final.

While this is a remarkable step, in view of the unfortunate history of constitutional amendments in Nigeria, this writer believes that all NBA local branches should in the meantime be charged to lobby the respective Houses of Assemblies in their states to simply amend their High Court Laws to reflect this power of transfer by the High Courts of States.

And in like manner, the National Assembly may be lobbied into the process with the simpler and less cumbersome amendment of the FCT High Court Act that will provide for such power of transfer of cases by the FCT High Court to other High Courts including the Federal High Court.
The jury is out on whether this summit will be another talk exhibition, the memories of which will only be served by Facebook and hanging framed pictures with dignitaries.

But going by the stimulating discussions at the summit and some responses generated even before the speakers left the stage, we might just be on to something. One of such hopeful remarks was made by the highly cerebral and respected Mr. George Etomi. He called our attention to the dire consequences of the failure of the justice sector on our democracy (using the recent spate of coups in other African countries as example), our economy (with Ghana attracting more foreign direct investments in oil and gas than Nigeria) and our practice (as Nigerian arbitrators keep losing arguments on Nigeria as arbitral seat) and then informed the NBA President of his readiness to serve in any committee that may be set up to push the politicians and other policymakers to urgently implement some of the solutions engineered at the summit.

What remains to be seen is the readiness and willingness of politicians and policymakers to be pushed from a justice sector that works for them to one that works for all.