THE BENIN ARTIFACTS AS HEIRLOOM OF THE BENIN PEOPLE. 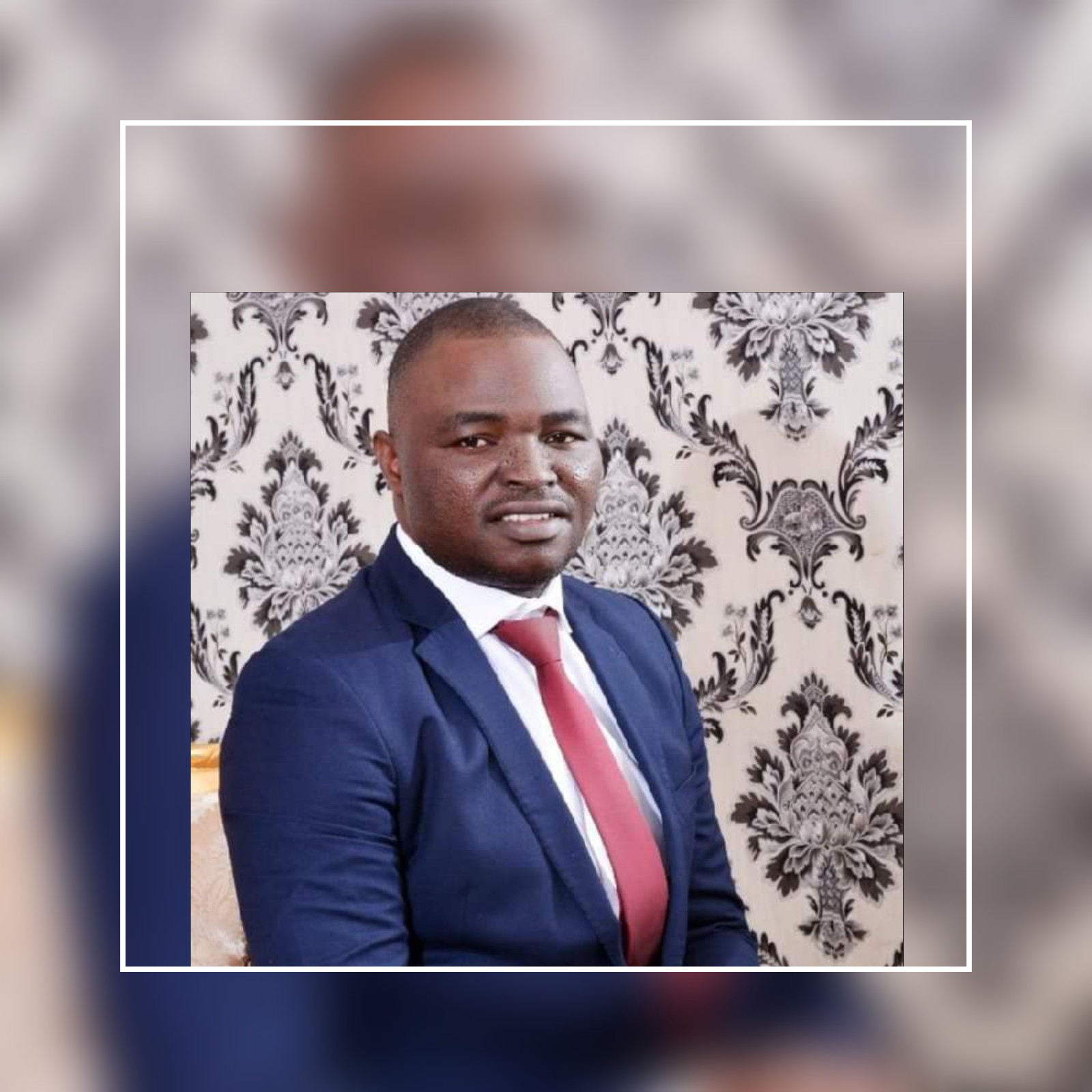 Our artifacts remind us of who we are. They tell more stories about our civilization than any attempt at intellectual historical reconstruction. They are indeed, active components of our present! We speak to the artifacts and they speak to us in mutually decodable idioms! This underscores the imperative of returning the looted Benin artifacts to the owners, because we find in them, the essence of our being and the concrete validation of our civilization far beyond aesthetics.

The ongoing debate over the moves by Edo State Government to appropriate the proposed repatriated Bini artefacts has thrown up some legal issues. Although, the Governor of the State has not claimed proprietary rights over these artefacts, this is only but a bare faced denial. Indeed, his proposals to take over the control and management of these artefacts through the Special Purpose Vehicle incorporated for that purpose as well as his arrangement for an Edo Museum of West Africa suggests otherwise. This brings to fore the crucial question whether or not he has such powers, assuming though not conceding that his intentions are actually altruistic as claimed.

We contend unequivocally that the Edo State Government lacks the powers/vires to exhibit or attempt to display any proprietary rights or interest over the proposed repatriated artefacts. Therefore, since it lacks such rights or interest over these “property”, it also lacks the powers to dictate how, when and where these artefacts are preserved or displayed upon their return as proposed.We support our contention with three legal platforms as follows :

(1) The doctrine of vested rights

(2) The doctrine of covering the field

(3) The right to the intellectual property in these artefacts.

(1) The Doctrine of Vested Rights

Perhaps this should be one of the strongest arguments in support of the right of the Bini Kingdom and the Benin Traditional Council to insist on their right to the ownership of these artefacts and the corollaries of the control and management of the returned artefacts. The doctrine of vested rights is a common law doctrine. It is legally defined as a right that belongs to a person unconditionally to a property and which cannot be impaired or taken away without the consent of the owner, especially through retroactive legislations. In other words, the doctrine preserves the pre-existing and established rights of individuals and/or institutions, even in the face of subsequent laws or statutes that purport or attempt to take away such rights. By this concept, the Courts are enjoined to regard such rights as firmly established and inalienable by any subsequent legislation, especially by a body or authority that did not exist at the time the rights inured to the affected individual or institution.

Extrapolating this doctrine and applying same to the issue at stake, it can be argued that since the ancient Bini Kingdom and the artefacts in question pre-existed before the sovereign entity-Nigeria was birthed in 1914 and before the sub-national entity-Edo State was created in 1991, it is legally impossible for both entities to take away the vested rights of the Bini Kingdom, Bini Palace and the Bini Royal Family over these artefacts. Accordingly, even if the National entity or its Sub-National make a policy or law to derogate from this vested rights, such policies and/or laws ought to be interpreted in a manner to preserve the rights of Bini Kingdom to these artefacts.

Therefore, since it is incontrovertible that these artefacts existed as far back as 1897 when they were looted and taken away from Bini Kingdom, any entity like Edo State that came into existence long after that date, cannot validly evolve a policy or make a law that attempts or purports to take away this right.

(2) The Doctrine of Covering the Field

This doctrine will become relevant in the discourse if it is assumed though not conceded that the doctrine of “vested rights” is inapplicable in the circumstances and the State (Nigeria) can legislate to take control of the management of the returned artefacts. To that end, it may be argued that since by the provisions of the Constitution of the Federal Republic of Nigeria 1999 (as amended) and other relevant subsidiary laws, it is the Federal Government and not Edo State that can make arrangements for the domicile and preservation of the proposed returned artefacts. Specifically, it is not in doubt that the establishment, control and management of museums and artefacts is exclusively within the legislative competence of the Federal Government. This is because museums, monuments and artefacts are contained as item 60 (b) in the Exclusive Legislative List in Schedule 2 to the Constitution. It provides as follows:

“The Establishment of regulation of authorities for the Federation or any part thereof :……..

(b) to identify, collect, preserve or generally look after ancient and historical monuments and records and archaeological sites and remains declared by the National Assembly to be of national significance or national importance

It is contended that in furtherance of this power, the Federal Government through the National Assembly (legislature) enacted the National Commission for Museums and Monuments Act. This is an Act that empowers the Federal Government to establish National Museums for the collection, preservation and display of monuments, including artefacts. Specifically , section 3(1) dealing with the powers and functions of the Commission, provides inter alia:

Section 3(1): “The functions of this Commission shall be :

(b)To establish and maintain national museums and other outlets for or in connection with, but not restricted only to the following, that is:

Clearly, by the tenor of these provisions and with the fact of the establishment of national museums and the presence of one in Benin-City, the Federal Government has covered the field. Therefore, there is no need for a duplication of any legislation or establishment of any other museum by the Edo State Government for the reception and warehousing of the proposed Bini repatriated artefacts. The doctrine of covering the field posits that even where the Federal and State Legislatures have concurrent powers to legislate on a subject matter, if a prior National Legislation addresses all relevant issues pertaining to the subject matter, then, there is no need for a subsequent state legislation on the same subject matter. The Supreme Court of Nigeria restated this doctrine in landmark cases like Attorney-General of Ogun State v A.G of the Federation (supra) and A.G of Lagos State v A.G of the Federation & Ors (supra) etc

In addition to the proprietary claims of the Binis to the physical artefacts upon their return, there is also their right to the intellectual property in these artefacts. This is equally inalienable without the consent of the people. Specifically, by the provision of Section 31 of the extant Copyright Act in Nigeria, there is the customary right of copyright as folklore in these artefacts. No doubt, most of the artefacts in question are epitome of the famed bini bronze casting skills and technology. They are artistic works of craftmanship and therefore cognizable as copyright works by virtue of section 1 of the Act. Interestingly, by virtue of sections 32 and 33 thereof, any person that deals with the expression of folklore of a group of people or the community without the prior consent of the Nigerian Copyright Commission, commits an offence and is liable to both civil and criminal liability as the case may be.

In the light of the spiritual and socio-cultural significance of the artifacts to the Benin people, I have no doubt that the return of the artifacts will ignite socio-cultural risorgimento, eliminate feelings of despair and defeatism which engulfed the land many decades after the war and inspire a sense of greater accomplishments. We, as a people, must eschew rumbustious and explosive tinsel of rhetorics on the matter!

Therefore, without much ado, it is settled that the proprietary rights of the Benin people and the Royal Family to the artefacts in question is indisputable. Therefore, the state government cannot house or control artifacts or artworks that are owned by other entities or owned by private collectors. In the instant case, the Oba of Benin commissioned the artifacts as the titular head of the old Benin Kingdom for spiritual and historical purposes on behalf of the Bini people. The artifacts are the collective heirloom of Edo people of the old Benin empire! They were looted and carted away from the Palace traditional museum in 1897. Those in possession of the artifacts are not in doubt about their actual ownership.

Consequently, the law is firmly on the side of the Binis and firmly against the Edo State Government. Accordingly, it is advised that it threads cautiously and toe the part of honour and the rule of law. Let that be the diadem!