Serie A to Return to Action by June 20 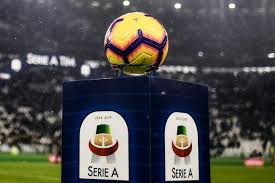 Serie A on Friday confirmed that top-flight football will return to Italy after a three-month coronavirus-enforced absence on the weekend of June 20-21. Sports Minister Vincenzo Spadafora on Thursday gave the government’s approval for a restart on June 20, in a championship which has been suspended since March 9.

“The clubs welcomed the green light given yesterday by Minister Spadafora for the resumption of Serie A and voted unanimously to play the four postponed matches on the weekend of June 20-21,” Serie A said in a statement.

The four matches in question are Atalanta v Sassuolo, Hellas Verona v Cagliari, Inter Milan v Sampdoria and Torino v Parma. The league added that the 27th round of matches would be organised from the week of June 22.

“Dates and times of the matches will be announced in the coming days,” it added.

As Spadafora had requested, Italian Cup matches will take place the previous week with the final of that tournament on June 17.

France 24 reported that no dates have been given yet for the return legs of the semi-finals, with Napoli set to host Inter Milan and Juventus at home against AC Milan, but they could be played on the weekend of June 13 and 14.