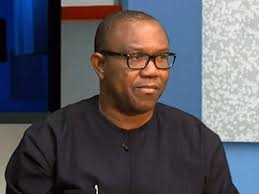 The opposition Peoples Democratic Party said on Tuesday that all those who had purchased the presidential forms were free to contest its presidential ticket regardless of zones.

The National Publicity Secretary of the PDP, Mr. Debo Ologunagba, said this during a chat while responding to questions on the zoning controversy raging in the party.

The PDP spokesman said this as the National Executive Committee of the party, which would meet on Wednesday next week, would set aside the party’s Zoning Committee report, which recommended that the presidential ticket should be zoned.

Mr. Valentine Obienyem, a media aide of a former Anambra State Governor and PDP presidential aspirant, Mr. Peter Obi, in an interview with one of our correspondents, said although the party’s decision remained supreme, it would be an injustice if the South-East was denied the presidential ticket.

But Ologunagba explained the constitution gives all qualified Nigerians the right to contest and not be discriminated against.

He said even if the party decided to zone its presidential ticket, it would not stop anybody from contesting.

The PDP spokesman recalled that when the party zoned its presidential ticket to the South in 1999, the late former Governor of Kano State, Abubakar Rimi, decided to test his popularity on the field.

Ologunagba recalled that during the party’s last national convention, some officers emerged through consensus but a few others decided to test their popularity on the field.

He, therefore, stated that this would be the same strategy that would be adopted by the PDP.

The PDP spokesman added, “Our processes, our constitution are subject to the constitution of Nigeria. The constitution guarantees every qualified Nigerian be able to aspire to any position in this country. The party cannot stop anybody from contesting because that will be at variance with the constitution.

“In 1999, the PDP zoned its presidential ticket to the South. Remember that at the Jos convention, late former Governor Abubakar Rimi of Kano State said he agreed with the party but said as a Nigerian he would contest and the party did not stop him.

Ologunagba noted that a 37-member committee led by Governor Samuel Ortom of Benue State had submitted its report which would then be considered by the National Executive Committee of the PDP on Wednesday next week.

He noted that the NEC – which is the highest decision-making body of the party – would be the one to decide on whether there should be zoning or not.

The PDP spokesman, however, assured all contestants that regardless of the decision of the NEC, they would still be allowed to contest.

When asked if the decision of the PDP to sell forms and screen candidates would not alter its intention to zone, Ologunagba answered in the negative.

“If NEC says we go a particular way, as long as it doesn’t go against the constitution and the party, so be it,” he stated.

The Ortom committee had listed about three recommendations which included zoning the Presidency to the South or throwing it open while there was also an option for it to be zoned to the North.

The party’s NEC, which included all elected officials of the party, was expected to have taken a decision on the matter three weeks ago but no date was fixed for the meeting until recently when May 4 was announced.

Meanwhile, the party is set to begin its screening of aspirants on Wednesday (today). However, the screening for Presidential aspirants will begin on Friday while former Senate President David Mark will head the screening committee.

The PDP presidential aspirants who have been advocating zoning include a former Governor of Ekiti, Ayodele Fayose, his counterpart for Anambra State, Peter Obi, and the Rivers State Governor, Nysom Wike.

But aspirants including former Vice President Atiku Abubakar and a former President of the Senate, Bukola Saraki, had kicked against it.

Reacting to the zoning controversy, a Spokesman for Obi said it would be unjust for the South-East to be denied the party’s ticket.

Obi’s Media Adviser, Mr. Valentine Obienyem, said it was regrettable that the party had jettisoned the zoning arrangement of the party.

In a telephone conversation, Obienyem said the former governor had what it takes to emerge victorious at the primary if it is conducted on fairness, equity, and respect for each candidate.

He said, “Although the party’s decision remained supreme, His Excellency has every chance to clinch the party’s ticket based on equity, fairness, and credibility, but it will be an injustice if the South-East is denied the ticket.”

Fayose will be guided by party’s decision, but sure of victory – Aide

Fayose’s spokesman, Lere Olayinka, however, said his principal was certain of victory and would thus not be stepping down for anyone.

“Will somebody go and drop N40 million to buy form for fun? Is N40 million small money? Governor Ayodele Fayose is sure of victory”

Olayinka, who said the former governor had abided by party decision on throwing the contest for presidential ticket open, said, “Left to him (Fayose), he feels that in the interest of justice, equity and fairness, the position ought to have been zoned to the South

“But the party has decided, there is nothing he can do about it. He is a loyal party man. He is going to abide by the decision of the party.”

Also reacting to the forthcoming Presidential primary, a Spokesman for Sokoto State Governor, Aminu Tambuwal, said the governor was ready to contest.

One of his aides who wished not to be named said with the current situation, the governor was ready to give it all by contesting the party primaries scheduled for May 29.

He said the governor was never afraid of primaries but opted for the idea of consensus so as to have a seamless primary.

“The governor is very sure of clinching the ticket of the party in the primary elections. I am sure you are aware of what transpired last time in Port Harcourt where he came second behind Alhaji Atiku Abubakar.

“This time around, with the issue of zoning not on the table, I can tell you categorically that Governor Tambuwal will fly the ticket of the PDP in the forthcoming general elections,” he said.

Also, an aide to Atiku, Paul Ibe, said his boss was ready for the primary.

He said, “The reality of it like he (Atiku) keeps telling me, is that the most consequential election as far as he is concerned is the PDP primary. What he said is that his aspiration is to be the Nigerian candidate for all Nigerians. That is it.

“He understands that what Nigeria needs at this time is not a regional leader, it needs a leader that is nationalist.

“He is working hard on that, he has been working hard and will continue to work hard, continue to engage with party leaders, stakeholders, delegates and get them to have a buy-in into his vision while he remains the preferred candidate on account of his experience both in the private and the public sector.”