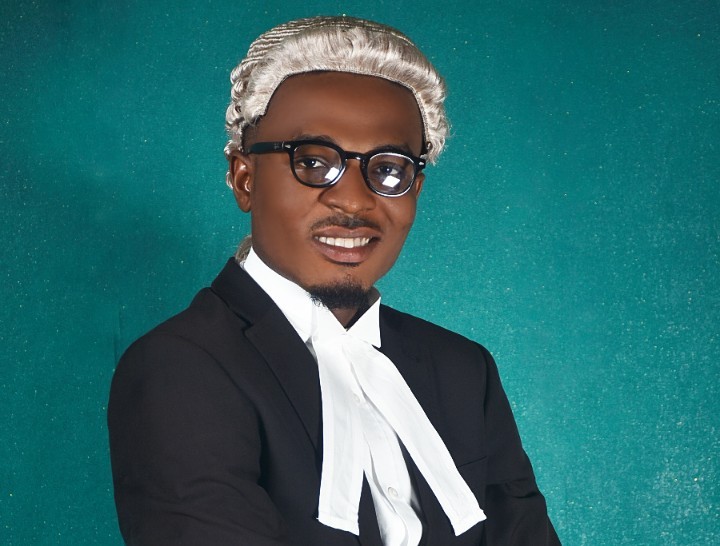 It has always been a critical question on my mind, constantly begging for an answer to which, I’ve often not found a satisfactory answer – Substantial justice or technicality: which one is our courts billed to do? I do not seem to understand whether our justice system is indeed, poised to do justice or it has simply been reduced into a “technical system”. I have a lot of concerns and reservations boiling within me which, if given the latitude of time and space, I would exhaust and still beg for more time. I can’t simply fathom a situation where our learned justices are more interested in rewarding the brilliancy and creativity of lawyers in identifying loopholes and punching it, thereby sacrificing good judgment on the altar of mere technicality. The slavish enthronement of technicality in our justice system is almost beclouding the importance of doing justice in any case, and by extension, sadly enough, making the society lose confidence in the judiciary and justice system as a whole.

It is a notorious principle of law, and also an essential attribute of the administration of justice that justice must not only be done, but it must manifestly be seen to have be done. See Administrator & Executor of the Estate of Abacha v. Eke-Spiff & Ors (2009) LPELR – 3152 (SC). What this lucidly means is that it is not merely of some importance, but it is of fundamental importance that justice should not only be done, but should manifestly and undoubtedly be seen to be done. See R v. Sussex Justices Ex parte Marcathy (1924) 1 K.B. 256 at 259. This is obviously not the case with respect to most decisions of our courts (especially the higher courts) in Nigeria. Don’t get me wrong, I do not seek to examine the correctness or otherwise of the findings of the apex court in the just decided Orji Uzor Kalu’s case or by any means criticize the judgment, although I have my reservations about it, which time and space may not permit in this short-form article. However, what I intend to probe is why the court will always choose to ignore doing justice in a case where the truth is staring at them and tenaciously hold on to mere technical defects, which had no bearing on the final judgment or even led to a miscarriage of justice.

Senator Orji Kalu was charged alongside a former Commissioner of Finance of Abia State, Jones Udeogo and his (Kalu’s) company Slok Nigeria Limited for allegedly stealing about N7.1billion from Abia State treasury. The Supreme Court quashed the judgment that convicted and sentenced the former Governor to 12 years imprisonment on the ground that trial Justice Mohammed Idris was no longer a judge of the Federal High Court as at the time he sat and delivered the judgment that convicted the defendants. According to the learned justices of the Supreme Court, Justice Idris, having been elevated to the Court of Appeal before delivering the judgment, lacked the vires to return to sit as High Court Judge. The apex court also held that the Fiat obtained by Justice Idris from the President of the Court of Appeal pursuant to section 396(7) of the Administration of Criminal Justice Act (“ACJA”) was unconstitutional.

The implication of the above is that the Supreme Court vacated the judgment that convicted the defendants and ordered a fresh trial of the defendants. Trial had been conducted, witnesses called, evidence taken and counsel had addressed the court before the lower court reached its final decision. The whole efforts of up to 12 years of protracted and tedious trial had gone down the drain, on a mere technicality. How do you recall back the witnesses? Some are probably dead. Some advanced in age and do not remember the true story again. Some are even unwilling to come back to testify. All these uncertainties, just because a judge came back from the Court of Appeal to conclude a case he was handling before his elevation? Is it really worth it? Don’t tell me it is a matter of jurisdiction yet, because that exactly is my point. Is it all matters that border on jurisdictional issue that must be quashed or nullified, especially where it does not lead to miscarriage of justice? This still waters down to too much technicalities. It is trite that where a court lacks jurisdiction, the entire proceeding no matter how well conducted is a nullity. But I believe there should be a qualification to ascertain whether such lack of jurisdiction amounts to a miscarriage of justice, which should be the ultimate consideration. The issue of jurisdiction when raised most times, are merely a ploy by lawyers to frustrate a good case on a technicality, such as the instant case of Kalu. I’m an advocate of justice over technicality.

In the words of Orji Kalu after the Supreme Court Judgment, he said: “Overall, my experience tested and reaffirmed my belief and confidence in our country, Nigeria. My case is a true Nigerian story with a bold MADE-IN-NIGERIA stamp on it. It is a story of initial injustice that was caught and ultimately corrected. It is a story of restoration.” This is a man who had been found guilty of greedily embezzling monies, which ought to have been used to better the lots of thousands of people in Abia State talking like a hero, only because he had been freed on the “ground of technicality”. The question is: what injustice was done and ultimately corrected, as claimed by Mr Kalu? Was he not found guilty by the court? I’m afraid to say, but political sentiment has imperceptibly crept into our Justice delivery system, and sadly, our beloved, hallowed chambers have become desecrated. If we really want to extol virtue in our society and curtail corruption to the barest minimum, our courts must desist from allowing technicalities to subdue the substance of a case like this and do justice as it ought to be done. Courts must decide a case on its merit and take a position that will protect the interest of the masses, especially where it does not amount to miscarriage of justice.

In my opinion, the coming back of Justice Mohammed Idris from the Court of Appeal to the Federal High Court to deliver judgment in a matter he had been handling before his elevation to the Court of Appeal, has caused no miscarriage of justice. If anything, it has even done justice to all parties, because a judge who began the case, listened to witnesses, admitted evidence, heard counsel’s adumbrations, also wrote and read the judgment. This is the position as envisaged by ACJA which the constitution perhaps, never envisaged. I do not think section 396(7) ACJA is inconsistent with the Constitution, rather it is a welcome provision to fill up a lacuna long left uncovered by the constitution. The constitution does not expressly prohibit a judge of the High Court who had been handling a matter before being promoted to the Court of Appeal, from coming back to conclude his part-heard matters. In the light of the current campaign for expeditious disposition of criminal matters, the ACJA had been enacted to give effect to the quick dispensation of justice. It would appear, perhaps more convincing if the appointment of an elevated judge is pending until he concludes all cases (especially criminal cases) he’s handling at the High Court, other than advocating that the case should start de novo. What happens where the case starts afresh and at the stage of giving judgment in the new trial, the presiding judge is transferred yet again? Trial starts de novo again? Parties should not be made to suffer for mere administrative exercise, which is the internal business of the Judiciary. Promotion of judges is an administrative arrangement within the Judiciary, the effect of which should not be visited on litigants. Hence, since no miscarriage of justice had been occasioned, the appropriate order which the Supreme Court should have made, ought not to be a retrial.

In the due dispensation of justice at all levels of the hierarchy of courts, I would always at all times and in all cases, cast my lot or my vote, when the chips are down, in support of doing substantial justice than allowing mere technicality to rough ride and trample over and above substantial justice to the parties and the society at large.