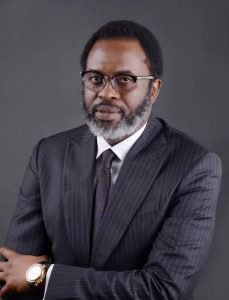 I wish to narrate my experience about what happened concerning a matter which the Police at Area G, Ogba insisted on charging to a Magistrate Court.

But first let me state that on the 8th day of January, 2020, an Advisory Committee was inaugurated by the Attorney General of Lagos State, Moyosore Onigbanjo, SAN to look into the role of non-lawyer police prosecutors in the criminal justice system of Lagos State and determine whether their involvement in the process adequately aligns with the law and the Attorney General’s prosecutorial policy, and whether their activities in the process serves the public interest. The committee submitted its report on the 12th of February 2020 to the Office of the Hon. Attorney General with its recommendations.

The Advisory Committee recommended among others that there should be an establishment of a sub-unit of the DPP’s office at each magisterial districts for the purpose of filtering the charges brought by an Investigating Police Officer (IPO) to the Magistrate Court, to ensure they meet at least the minimum threshold of a case fit for and deserving of a trial. This part of the recommendation is already in action.

Now, back to my Ogba Magistrate Court story. The client is a young man, now unemployed. He took a loan of N400k from a lady to secure accommodation for his family hoping that the combined resources of him and his wife will pay the loan in no time. Unfortunately, he lost his job, the wife also became jobless. He paid like N100k in interest and part of the principal. The lady later reported to the police at Ogba. I informed the police that the matter is a civil one that the lady should be advised to seek civil redress. She refused and insisted that the matter be charged to court. 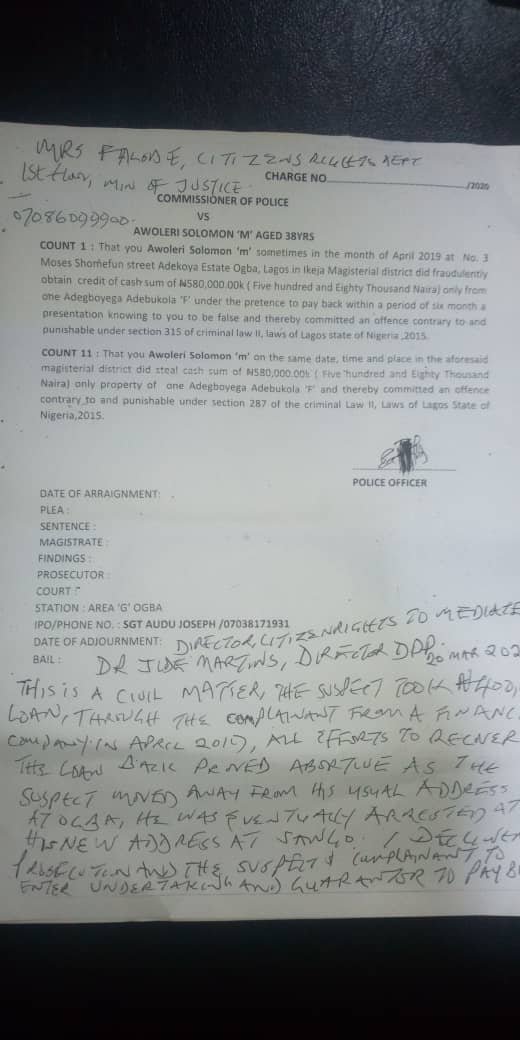 That day, the police took my client to the magistrate court Ogba with intention to arraign him and possibly send him to Kirikiri whilst bail is being processed. But alas, one brilliant and upright lawyer who I understand has to vet the police charge, insisted that the matter is a civil one. That the matter cannot be criminally charged. He later sent the parties to Citizen Mediation Centre at Alausa.

I was not present when the vetting counsel made his determination. But I give kudos to the Lagos State Government for this system. It will go a long way in preventing spurious charges from being brought to court.