NO MEANS NO, SAY NO TO RAPE – BY UCHENNA NWADIALO 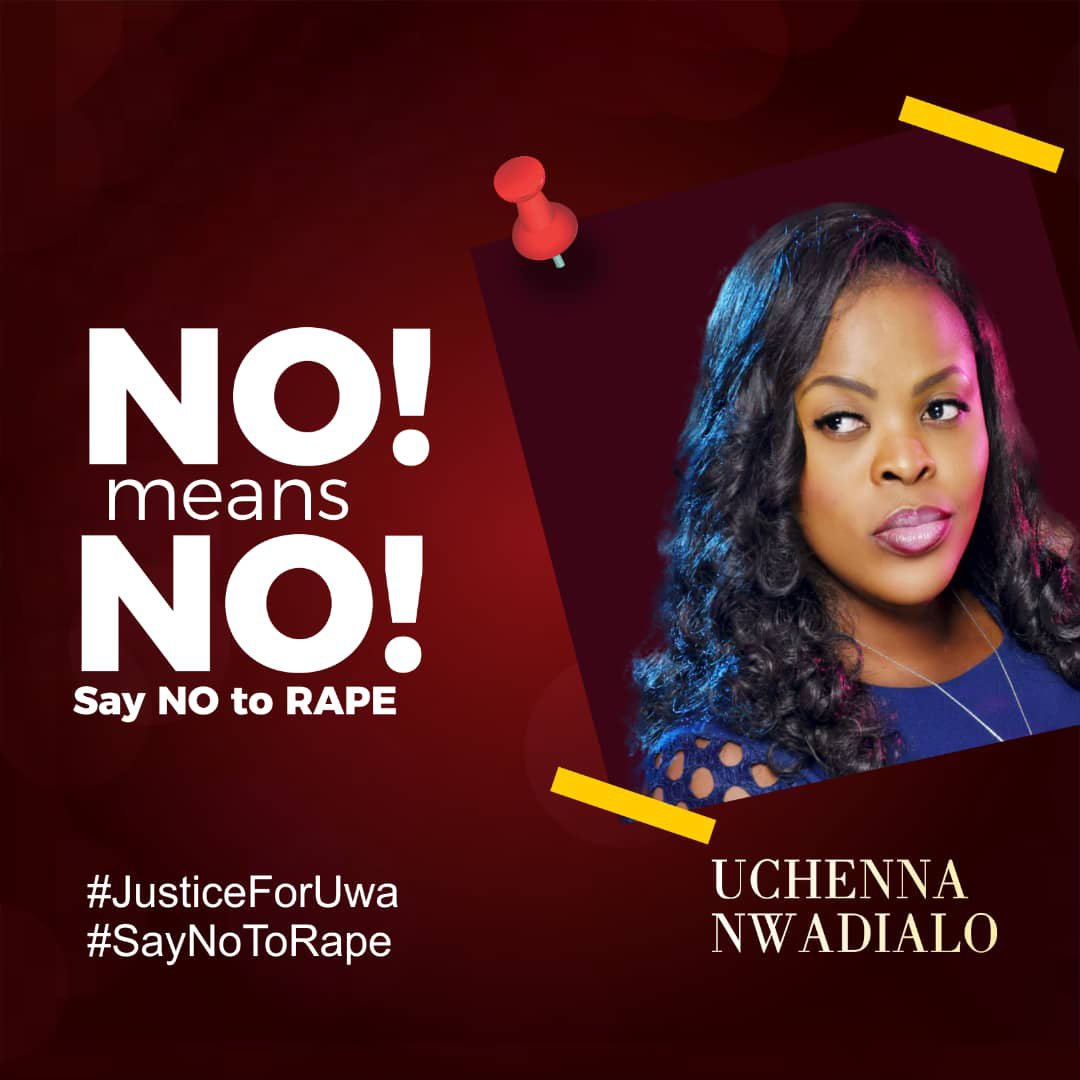 The widespread cases of rape and onslaught against women in Nigeria has raised a great concern among well meaning Nigerians locally and internationally who are beginning to call for investigation and justice for the victims.

I stand on the side of justice for the victims and call for Justice now as tomorrow may be too late.

It is necessary to serve as a deterrent to future occurrence of such menace which is fast eating into the fabrics of the society.

Recall that there was an outcry by Nigerians demanding “justice” after a series of high-profile cases of violence against women sparked outrage in the country.

In April 2020, an 18-year-old girl, Jennifer was allegedly attacked and raped by a gang of five men in Kaduna.

Two other cases that happened last week prompted more people to anger, we doubt if the end to this is in sight

A 16-year-old high school student, Tina Ezekwe was shot and killed after police opened fire at a bus stop in Lagos.

After series of outcry, the police eventually came out to report of the arrest of two officers.

In Edo state, 22-year-old Vera Omozuma also known as Uwa, a University of Benin student was found beaten to death in a church after reportedly being raped.

Uwa, a 100 level Microbiology student met her untimely death inside a hall at a Redeemed Christian Church of God (RCCG), Ikpoba Hill, Benin City on May 13, where she went to study.

Another teenage girl, also a year one student, Bello Barakat, was gang-raped, murdered in Ibadan, on June 2, 2020.

Barakat, 18 year old student of Federal College of Animal Health and Production Ibadan, according to the father, the dead body was found around their home. After her body was examined, it was discovered that she was raped, murdered and has been buried according to Islamic rites.

Her death has continued to attract outrage nationwide, as Nigerians have continued to express their displeasure over the rising cases of Rape in Nigeria.

We must demand thorough investigation and justice for the undeserved and untimely deaths of these innocent girls.

It is not a crime to be a girl child. If there cases are swept under the carpet, it can be a vista for further crime against innocent citizens especially girls who seem to be the target of the unrepentant perpetrators.

Harmless young girls are being murdered in cold blood with no traceable offence.

It’s time for all of us to cry out and hold government to account for all these abuses. Enough is enough.

We hereby demand that government stand against this dastardly act and bring the perpetrators of these evil acts to book.

Failure to act with urgency can engender widespread abuse against the innocent girl child and brutality. Justice delayed is tantamount to justice denied.