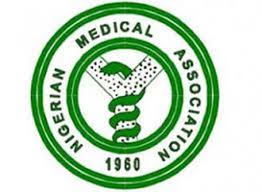 The Bauchi State chapter of the Nigeria Medical Association(NMA) has called on the police to ensure that justice was done in the abduction and murder of the 15-year old son of one of its members.

The state’s Chairman of the association, Dr Lamaran Dattijo, said in a statement in Bauchi that the incident happened on Saturday in Bauchi metropolis.

“It is worrisome that our member who is active in the field is forced to bear the distress of kidnap and subsequent killing of his son.

“It is worthy to note that the deceased, a 15-year-old son of our member, was forcefully taken from his father’s house in broad daylight and was subsequently murdered despite payment of ransom.

“The association also notes with grave concern that some doctors received messages of threat in the recent past.

“It is depressing to note that the community we serve has now become a source of threat to the lives of our members and their families,” Dattijo said.

The News Agency of Nigeria (NAN) reports that some suspects had been arrested in connection with the incident.

“The association is watching with a keen interest how the event will unfold and expect that justice will be done in this matter.

“While we call on our members to continue to render services to the society in this trying time as sworn to under our Hippocratic Oath, continuity of such will be greatly hampered if doctors have to worry about threats to their lives and those of their family members, ” he said.

NAN reported that he commended the courage and sacrifice of NMA members, especially those in the frontline against Lassa Fever and COVID-19 plaguing the state.