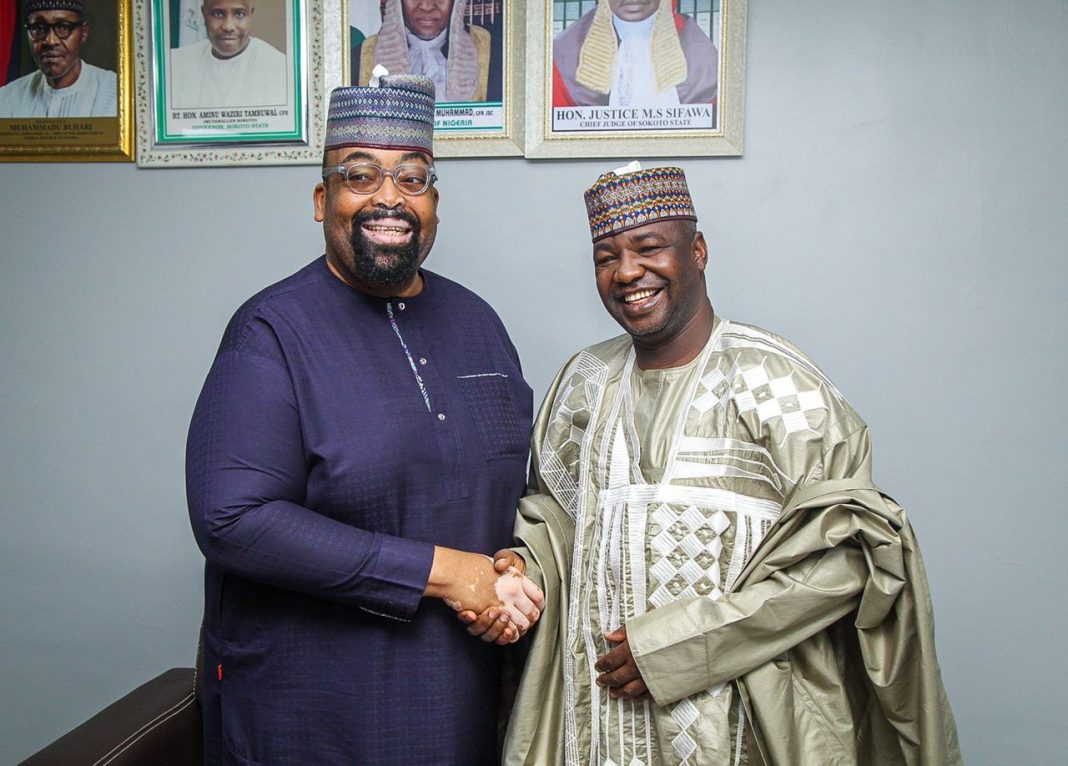 As part of ongoing efforts by the leadership of the Nigerian Bar Association (“NBA”) to deepen its engagement with the legal community and to ensure that the NBA indeed works for its members, the President of the NBA recently led some members of his team on a 3-day working visit to Sokoto, Sokoto State.

Upon arrival on the 26th day of January 2022, the NBA delegation paid a courtesy visit to the Attorney-General of Sokoto State – Suleiman Usman (SAN), who thereafter led the delegation on a tour of the recently renovated High Court Complex which has been totally upgraded and fitted with modern technological equipment, properly incorporated into the court’s architecture, to deliver better, quicker and easier dispensation of justice.

Thereafter, the NBA President held an interactive session with Legal Practitioners in the State, at the NBA Sokoto Branch Bar Centre. At this Session, the NBA President reassured legal practitioners in Sokoto of the focus of the National Executive Committee of the NBA on running an all-inclusive Bar with particular emphasis on the professional well being and general welfare of its members. He reminded the members that the Branches of the NBA are the very critical constituent parts that make up the Association and stated that the various Branches must rise up to take their place, within each jurisdiction, for the promotion of the rule of law and improving the welfare of the members within their domain.

The NBA President further outlined some of the steps already taken by the National Executive Committee to improve the welfare of the members, especially in the area of comprehensive insurance cover for all legal practitioners in Nigeria and access to finance for lawyers etc.

A number of other Bar-related issues were discussed during the interactive session including, but not limited to, the administration of justice system in Sokoto State, continuing legal education peculiar to the jurisdiction, expansion of the existing legal space and provision of more opportunities for lawyers within the State, specialization and diversification of legal practice, harassment of legal practitioners by security operatives and the ongoing BPF online payment.

The NBA President pledged to continue engaging with members of the Association in various Branches in order to ensure that the NBA is brought closer to its members and the myriad of challenges faced by legal practitioners in the course of practising the profession are effectively tackled.

Earlier on, the NBA President – Mr. Olumide Akpata, in the company of the NBA Publicity Secretary – Dr. Rapulu Nduka, NBA Assistant General Secretary – Uche Nwadialo Esq. and the Chairman of SPIDEL – Dr Monday Ubani paid a visit to the Governor of Sokoto State – H.E Aminu Waziri Tambuwal, to secure the support of the Executive Arm of Government, towards the upcoming SPIDEL Conference. The Governor of Sokoto State, upon warmly receiving the NBA delegation, thanked the NBA for choosing Sokoto State as the venue for the SPIDEL Conference billed to take place in May 2022. The Governor promised to support the NBA in any way possible with a view to ensuring that the SPIDEL Conference is an outstanding success.

The NBA delegation also paid a courtesy visit to the Chief Judge of Sokoto State, Hon. Justice Muhammad Sa’idu Sifawa. The visit provided the NBA President and his team with an opportunity to engage extensively with the Chief Judge on strategies for further strengthening of the existing partnership between the Bar and Bench in the State.

The Chief Judge also assured the NBA of the support of the Judiciary for the upcoming SPIDEL Conference, and promised that the Judiciary will work together with the NBA to organize the best conference in the annals of SPIDEL.