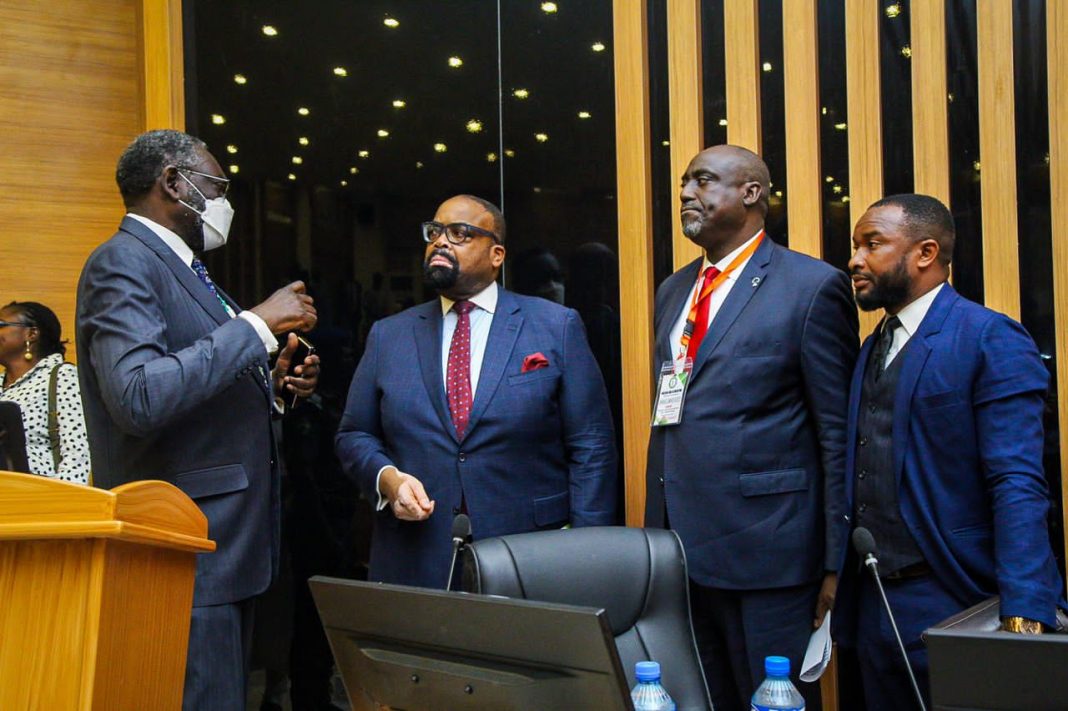 In continuation of the efforts of the leadership of the Nigerian Bar Association (“NBA”) to constantly engage with the legal community and to ensure that the NBA indeed works for its members, the President of the NBA – Mr. Olumide Akpata recently led some members of his team on a 2-day working visit to Maiduguri, the Borno State Capital.

Upon arrival on the 21st day of March 2022, the NBA President held an interactive session with members of the Maiduguri and Biu Branches of the NBA. At this Session, the NBA President reassured legal practitioners in the State of the focus of the National Executive Committee towards ensuring an all-inclusive Bar with particular emphasis on the professional well being and general welfare of its members. He reminded the members that the Branches of the NBA are the very critical constituent parts that make up the Association and stated that the various Branches must rise up to take their place, within each jurisdiction, for the promotion of the rule of law and improving the welfare of the members within their domain.

The NBA President further outlined some of the steps already taken by the National Executive Committee to improve the welfare of the members, especially in the area of comprehensive insurance cover for all legal practitioners in Nigeria and access to finance for lawyers, sustenance of the production and delivery of free stamps upon payment of Annual Bar Practicing fee, increment of the Leadway Assurance Benefit to N2Million, continuous disbursement of the N1Million to lawyers with critical ailment and/or permanent disabilities, free law pavilion subscription for young lawyers, subsidized law pavilion rates for senior members of the Bar, addressing the rise in harassment of lawyers by security operatives through the NBA Security Agency Relations Committee (NBA-SARC), revitalization of the Institute of Continuing Legal Education, amongst others.

A number of other Bar-related issues were discussed during the interactive session including, but not limited to, the administration of justice system in Borno State, peculiar Branch related issues, continuing legal education peculiar to the jurisdiction, expansion of the existing legal space and provision of more opportunities for lawyers within the State, specialization and diversification of legal practice.

Earlier on, the NBA President in the company of the NBA Treasurer – Mrs Mercy Agada, NBA Assistant Publicity Secretary – Mr. Ferdinand Naza, paid a visit to the Chief Judge of Borno State – Hon. Justice Kashim Zannah to understudy and witness the formal activation of the Electronic Filing System in the State Judiciary which was set up to engender speedy and effective dispensation of justice. The NBA President further engaged extensively with the Chief Judge on strategies for further strengthening the existing partnership between the Bar and Bench in the State.

The NBA delegation also paid a courtesy visit to the Attorney General of Bornu State – Mr. Kaka Shehu Lawan. The visit provided the NBA President and his team with an opportunity to engage extensively with the Attorney General on strategies that will ensure speedy trial of matters within the State and other ancillary matters.