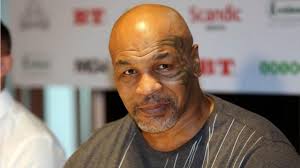 All sport has been put on hold by the coronavirus pandemic, boxing’s age-old debate has resurfaced on a couple of occasions.

Current heavyweight champion Anthony Joshua said on a JD Sports Instagram Live: “It’s quite interesting because in the era of Muhammad Ali’s heavyweight reign, the heavyweights were ranked as the cruiserweights of the Mike Tyson era.

“With Lennox Lewis, you know how they started getting bigger, hence why in the amateurs they then created a super-heavyweight division. 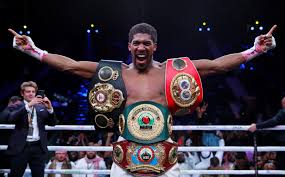 “So let’s say we bulked Muhammad Ali up and put size and strength to him, I truly believe Mike Tyson would’ve won.  The reason being when you watch the fight with Joe Frazier and Muhammad Ali, you see a certain Tyson-esque to Frazier’s style.

“Tyson used to study that Joe Frazier. The moving, the hooks. He managed to put Ali down in the fight, it was a very tough fight for Ali.

“So I think that Mike Tyson would’ve won, in my humble opinion.”

Mike Tyson has insisted that he would have lost a hypothetical fantasy fight against Muhammad Ali if they’d both met in their primes.

Since then, the World Boxing Super Series simulated Tyson vs. Ali on Fight Night Champion, with ‘Iron Mike’ coming out on top.

After being told about this, Tyson dismissed the idea to Yahoo Sports and said: “I know it’s a fantasy game. Most likely I would win the fantasy, I wouldn’t win the real fight. Ali’s the greatest there’s ever been.”