Legal Snippets (5): The Liability of an Agent of a Disclosed Principal in Contractual Transactions: the General Rule 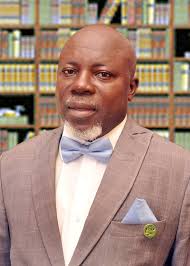 This world is a world of a agency. We are all agents of one another in different capacities for different purposes at different times. However, where the identity of a principal is disclosed in contractual transactions, what is the liability of the agent of such disclosed principal?

Generally, a person who intends to enforce a right can sue the principal or the agent but where he elects to sue one he can’t sue the other in contractual transactions. See West African Shipping Agency & Anorv. Kalla (1978) NSCC 114 at 115 where it was held that that –

“A party to a contract can elect to sue either the principal (or agent but once he unequivocally makes an election to sue, one, the other is released from liability.”

“The law is that an agent of a disclosed principal is not ordinarily personally liable on a contract he enters on behalf of the said principal.” Per Uwaifo, J.S.C. delivering the leading judgment in Okafor v. Ezenwa (2002) 13 NWLR (Pt.784)319 (P. 19, paras. E-F).

“This is why it is now firmly established that a defendant acting on behalf of a known and disclosed principal, incurs no liability even where the disclosed principal, is a foreigner. See the cases of Khonam v. John (1939) 15 NLR 12; Niger Progress Ltd. v. N.E.L. Corp. (supra) and Carlen (Nig.) Ltd. v. University of Jos (1994) 1 NWLR (pt.323) 631 @ 636 C.A. where it was held that as a general rule, a contract made by an agent acting within the scope of his authority for a disclosed principal, is in law, the contract of the principal and as such, the principal and not the agent, is the proper person to sue or be sued upon the contract.” Per Ogbuagu, J.S.C. in SAMUEL OSIGWE V. PSPLS MANAGEMENT CONSORTIUM LTD & ORS. (2009) 3 NWLR (Pt. 1128)

“But I will hasten to add that no rule of law is better ascertained, or stands on a stronger foundation than this, that where an agent names his principal, the principal is responsible not the agent.”

The principle was amplified by Nnamani, JSC in Niger Progress Ltd. v. N.E.L. Corp. (1989) 3 NWLR (Pt. 107) 68 at 92 when he declared:- “It is not disputed that a disclosed principal may sue or be sued on any contract made on his behalf and in respect of any money paid or received on his behalf by his agent acting within the scope of his actual authority.”