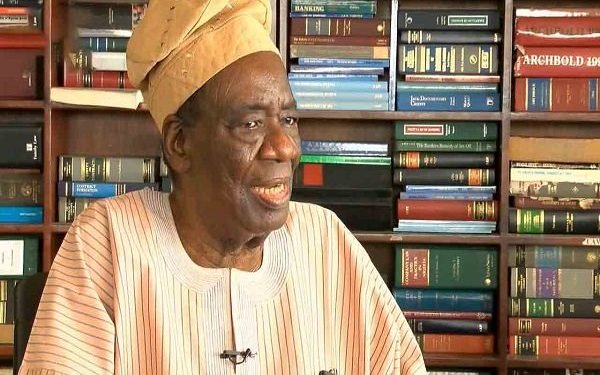 Legal luminary and Elder statesman, Chief Richard Osuolale Akinjide ((SAN) died at the age of 88 this morning after a brief illness in Ibadan.

The eminent politician and father of former Minister of State for Federal Capital Territory (FCT), Oloye Jumoke, was hospitalised at the University College Hospital (UCH), Ibadan for old age-related ailment.

He was the counsel to former President Shehu Shagari in the historic presidential litigation, which he won against late Chief Obafemi Awolowo, based on the controversial 12 two-third permutation.

Between 1979 and 1983, Akinjide served in the Shagari administration as Attorney-General and Minister of Justice.

Between 1977 and 1978, he was a member of the Constitutional Drafting Committee (CDC) set up by the Murtala/O Obasanjo regime to fashion out the 1979 presidential constitution.

He was involved in judicial reforms. Until his demise, he was perceived as one of the elders of the Peoples Democratic Party (PDP) in Oyo State.

He was a member of the Body of Benchers.