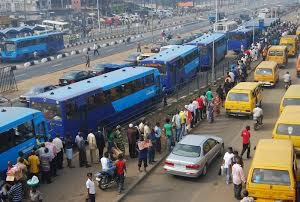 Primero Transport Services Ltd., operator of the Lagos Bus Rapid Transit (BRT) says it has secured approval to increase its fares across all routes with effect from Friday to keep serving the people.

The News Agency of Nigeria (NAN) had earlier reported that the BRT operator had withdrawn its services since Monday over losses occasioned by COVID-19 new transport guidelines that mandated it to commute only 20 passengers per trip instead of 70.

Earlier on Thursday morning, Mr Fola Tinubu, the BRT Managing Director, told NAN that the management would resolve all issues with the government in the afternoon and restore services on Friday.

Updating NAN after the meeting, Tinubu said: “We are going to increase our pricing effective from tomorrow Friday May 29. We agreed on this after our talk with the Lagos State Government.

“We are increasing our fares. We have secured permission of the regulator (Lagos State Metropolitan Area Transport Authority (LAMATA).

According to him, the firm understands the plight of the people and the economic situation, but the step became imperative to keep serving the commuters diligently and to provide a world class service for them.

“We are doing this not to punish anybody or to victimise anybody but because the circumstances we found ourselves forced us to do it.

“We need to make sure the company is on a sound financial footing, and if we don’t do this, the buses will not be available in the long run and there will be no way for us to fix buses and bring new buses.

“The business must be on a solid financial footing. Without this, the company cannot survive, and if the company does not survive, it will even cost commuters more in the long run.

“We understand that this is going to put some hardship on people but if we don’t do this and the company goes under, it will even cost the people more,” Tinubu said.

He said that the number of passengers on the buses would also be increased to 42 with no passenger standing on buses as against 20 earlier approved by the government to curb spread of COVID-19.

The managing director expressed regret for the inconvenience and distress the withdrawal of services had caused the teeming commuters in Lagos since Monday.

He said that the firm would be back in full operations and would put 320 buses out to make sure people got to destinations in time and safely.

According to him, the firm will ensure that going forward, the wait time and queues at bus stations is reduced.

Recall that since the lockdown ease on May 4, commuters had been complaining about inadequate BRT buses on the road, before the service was finally shutdown on Monday.

The Lagos State Government had directed the 70-capacity buses to carry only 20 passengers to ensure social distancing in public transport as a result of the COVID-19 pandemic.

The BRT fare increase was last approved by the Lagos State Government on March 1, 2017 during the former Gov. Akinwunmi Ambode-led administration. (NAN)