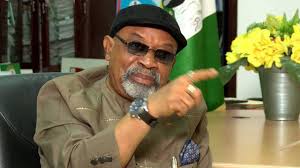 President Buhari has directed that striking members of the Academic Staff Union of Universities (ASUU) are to be paid their February and March salaries, it was learnt on Tuesday.

The directive by President Muhammadu Buhari was on compassionate grounds to mitigate the economic effects of the coronavirus pandemic.

Labour and Employment Minister Dr. Chris Ngige, who announced the President’s order, said in a message to The Nation that the lecturers will be paid once vice chancellors update their varsities’ Bank Verification Numbers (BVN).

The February and March salaries were being withheld for failing to enroll for the Integrated Payroll and Personnel Information System (IPPIS).

They began an indefinite strike on March 23 to protest the imposition of the IPPIS on the varsity system and the failure of the Federal Government to keep faith with others pacts with the union.

Ngige stated: “Mr. President Muhammadu Buhari has today approved the immediate payment of the withheld salaries of February and March 2020 of the University Lecturers who had not registered on the IPPIS platform.

“He has also directed that the Honourable Minister of Finance Budget and Planning, the Accountant-General of the Federation effect the payments urgently by all means to cushion the deleterious effects of the Corvid-19 period on the lecturers and members of their family.  All Vice-Chancellors are to revalidate affected Lecturers BVN and foward to Accountant-General of the Federation for the payments.”

Of all unions in the tertiary education sector, ASUU was the only one that refused to enroll for the IPPIS.  Defending the strike at a time of national emergency, ASUU President Prof Biodun Ogunyemi said the issues the union wanted sorted out had been in place long before COVID-19 outbreak in Nigeria.

“However, the appeal of the government to encourage ASUU members enroll on IPPIS within the intervening period before the full development of UTAS was rejected as a booby trap.”