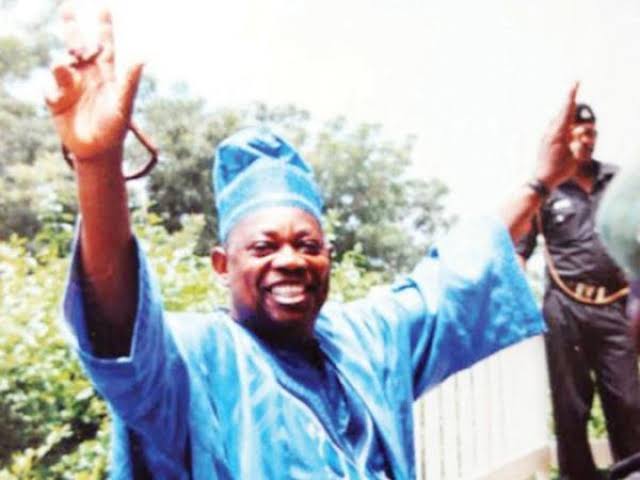 THE family of the late Chief M.K.O. Abiola yesterday asked the Federal Government to officially recognise the winner of the June 12, 1993 presidential election as an ex-president of Nigeria.

The Head of the Abiola family, Chief Olanrewaju Abiola, made the call in Abeokuta on the maiden public holiday of Democracy Day declared in honour of the deceased Chief Abiola said the recognition had become necessary for Nigerian leaders to rule in peace.

He commended Buhari for conferring Nigeria’s highest national honour—Grand Commander of the Order of the Federal Republic (GCFR)—on the late Bashorun MKO Abiola and for recognising June 12 as the nation’s authentic Democracy Day. He, however, said government should go a step further by conferring an official status of ex-President of the nation on him.

Abiola also demanded that all the entitlements that should have accrued to his late brother from 1993 to date should be fully paid to the family. He called on Buhari to liase with the National Assembly to debate the issue and subsequently pass it into law.

“On June 12 last year when I spoke with the President, he said he had given him the honour; but we want it in black and white,” the News Agency of Nigeria (NAN) quoted him as saying. He added: “Let members of the National Assembly debate it and pass it into law.

“Moshood was the breadwinner of the family, and since his death, the family members have been suffering.”