Governors Seek Control of the Distribution of Palliatives to Citizens 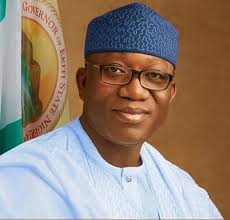 GOVERNORS have asked the Federal Government to channel the distribution of COVID-19 palliatives through them for effective delivery.

This request was communicated to President Muhammadu Buhari on behalf of the governors by the Chairman of the Nigeria Governors’Forum (NGF), Governor Kayode  Fayemi, during a virtual meeting with the President on Wednesday.

The Federal Government through the Minister of Humanitarian Affairs and Disaster Management, Hajiya Sadiya Farouq, has released the items to governors. She visited Lagos and Ogun State governors.

NGF’s spokesman Abdulrazaque Bello-Barkindo said in a statement, on the meeting: “The Chairman of the Nigeria Governors Forum, and Governor of Ekiti State, Dr Kayode Fayemi, told the president that his Monday’s broadcast succinctly captured the mood of the nation and showed that his administration is in touch with the plight of the man on the street.

“Dr Fayemi told the president that the two weeks extension of the lockdown in the FCT, Lagos and Ogun states, even though tough, was ‘the right way to go.’

“The NGF Chairman also told the president that the targeted testing strategy adopted by the country has done a lot. However the Ekiti State Governor stated that there was need for more testing.

‘The NGF Chairman added that the governors were desirous of having some more testing facilities to deepen the gains already made by the NCDC.

“Governor Fayemi briefed Mr. President on the distribution of palliatives and urged the president to instruct the relevant authorities to use the machineries of the state governments so that the palliatives would penetrate all nooks and crannies of the country.

“Palliatives, the NGF Chairman explained, ‘would be even more meaningful, if they were distributed through the state governors.’

“Dr Fayemi told President Buhari that since the outbreak of the pandemic, governors have been meeting on a regular basis and met four times over an initial span of 12 days.

“Fayemi said that governors would be having their next last night.

“The SGF, Mr Boss Mustapha, the PTF Coordinator, Dr Sani Aliyu, were expected to join the governors’ meeting. CBN Governor Gowind Emefiele, Aliko Dangote and Herbert Wigwe will all be addressing the governors at the meeting.

“The NGF Chairman alluded to the revenues from the Liquified Natural Gas, LNG, which he said could help in assuaging some issues related to revenue shortfalls and reiterated a point from the 4th NGF teleconference meeting of the governors where they called for the suspension of all deductions by the Federal Government so that states can address the Covid-19 challenge from a position of economic strength.

The NGF spokesman added that Fayemi “told the President that all the 36 states’ governments were currently reviewing their budgets downwards to conform with the prevailing realities.

The NGF spokesman quoted  President Buhari as “asking the NGF Chairman to formalise all the requests of the governors and forward them to him and promised that they would be promptly addressed.”