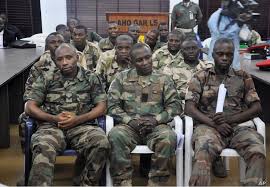 Since independence Nigeria has had several years of military rule.  Under the military regimes, Nigerians witnessed flagrant violations of Human Rights Law both home and abroad (See New York Times July 12 1984 on the story of the abduction of Umaru Dikko). Not that the Human Right abuses ended with the military regime, rather, human rights violations are still firmly entrenched in the Nigerian society even under democratic governments.

This historical antecedent is most probably the connecting factor for the undesirable trend in Courts-Martial proceedings in Nigeria. It can not be over emphasized that right from arraignment, through trial and judgment, most Nigerian Courts-Martial are fraught with violations of Human Rights Law. 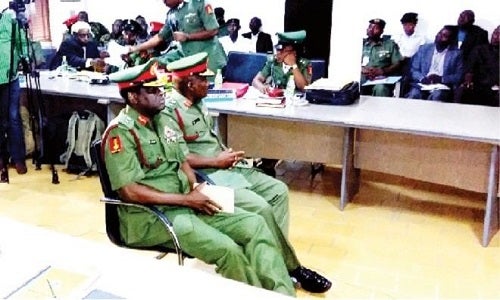 The verdicts in appellate courts on Courts-Martial decisions since 1999 showed the insensitive attitude of the Nigerian military towards Human Rights Law in the administration of criminal justice over the years and its enforcement several years after the country has transited to democratic rule.

Fair hearing is a major pillar in Human Rights Law and a vital aspect in the administration of justice in any progressive jurisdiction in the world. Fair hearing is enshrined in the Nigerian constitution (see section 36 of the Constitution of the Federal Republic of Nigeria 1999) and the determination of rights and liabilities that are inconsistent with the principles of fair hearing as provided in the constitution subject to its limitations will be void to the extent of their inconsistencies. The Nigerian military courts in the administration of criminal justice often failed to observe the tenets of this major pillar of our criminal justice system. 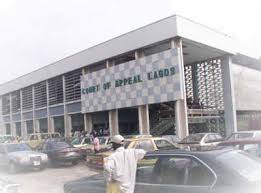 Courts-Martial are established by the Armed Forces Act 1993(Section 129 of the Armed Forces Act CAP A20 Laws of Federation of Nigeria 2004) as amended. By the provision of Section 130 of the Act, a Court-Martial shall have jurisdiction to try a person subject to service law for offences created under the Act. Apart from the military offences created by the Act, the Courts can also try civil offences as provided by Sections 104-114 of the Act. Sections 148-155 of the Act provides for confirmation, revision, and review of proceedings of Courts Martial. Appeals from decisions of Courts-Martial lie to the Court of Appeal and then to the Supreme Court. Section 256 (1) (b) of the Evidence Act 2011 expressly excludes the application of the Evidence Act to a Court-Martial. Nevertheless, it has been established by judicial decisions (Nigerian Army V. Mohammed (2002) 15 NWLR Pt. 789, Akono V. Nig. Army (2000) 14 NWLR Pt. 687) that a Court-Martial is bound by the rules of evidence and manifestation of fair trial. In any event, the military courts have no other place to turn to for rules of evidence except the Evidence Act and judicial decisions.

In the past, due to long military rule and military decrees, Court-Martial decisions in Nigeria have not been subjected to review in the appellate courts. As the decrees of the military regime usually contains ouster clauses to bar interference by the judiciary. Usually, most part of the Constitution is suspended and the Fundamental Human Rights is also affected. As at June 1997, appeals from Court Martial decisions still lie to the Armed Forces Disciplinary Committee (AFDAC). However, in 1997 the Armed Forces (Amendment) Decree No. 15 of 1997 was promulgated, which abolished AFDAC and consequent upon which appeals from Courts-Martial decisions now lie directly to the Court of Appeal. Although, there is a provision in the Act as amended that allows for confirmation of the decision of a Court-Martial by the confirming authority. Apart from the innovation of Decree no 15 of 1997, section 240 of the Constitution of the Federal Republic of Nigeria also provides that appeals from the decision of Court-Martial shall lie to the Court of Appeal.

It is pertinent at this juncture to examine the provisions of the Armed Forces Act as amended in respect of confirmation of Courts-Martial decisions by the confirming authority as it is the last stop for the military court to review its decision before it goes to the Court of Appeal. One might be tempted to question the competency of the confirming authority vis-à-vis the constitutional provision on appeals from the decisions of Courts-Martial. This issue has never been raised before the appellate courts.

(c)      A person who, as appropriate superior authority, investigated allegations against the accused persons.

In as much as it is not within the scope of this work to consider the competence of the provisions of sections 148- 152 of the Armed Forces Act as amended in view of the provision of section 240 of the Constitution of the Federal Republic of Nigeria 1999 (Section 240 0f the Nigerian constitution provides that the decision of a court-martial goes to the Court of Appeal. What the confirming authority do is to review the decisions of the court martial which is in essence the same thing an appellate court will do.); it is a laudable provision to ensure fair hearing and impartiality before the matter leaves the military territory. Unfortunately, the military courts have not optimally and positively utilized those provisions. In fact, quite a number of appeals from court-martial decisions were allowed for failure of the courts-martial to adhere to the above cited provisions. 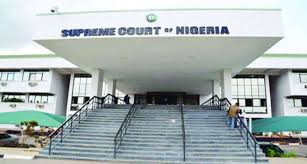 In AKINWALE V NIGERIA ARMY [2001] 19 NWLR PT. 738 the proceedings in this case substantially violated the provisions of section 152(2) of the Armed Forces Act. The appellant was charged and convicted. On appeal, it was found that the conviction of the appellant was confirmed on the same day of the conviction. The confirming authority was the same commander of the Lagos Garrison Command who convened the General Court-Martial. The appeal was allowed.

Apart from the fact that the Nigerian military courts have not fully utilized the provisions of the Armed Forces act, a plethora of a cases showed the reckless manner in which the military courts perform their judicial functions. In AYANKPELE V. NIGERIAN ARMY (2000) 13 NWLR (Pt. 684) 209 the Appellant was convicted of a criminal offence that was not prescribed by a written law. No reasons were given as to how the conviction of the Appellant was arrived at. The court-martial just simply pronounced him guilty on the two charges contrary to the tenets of fair hearing. The judgment was not in writing. The Court of Appeal found so many reasons to allow the appeal. The Courts-Martial in some cases descend into the arena of the suit (See also Karimu V. Nig. Army (2002) 4 NWLR Pt. 758) and is therefore more of persecution than prosecution. In MOHAMMED v NIGERIAN ARMY (1998) 7 NWLR Pt. 557 at 236 C.A. one of the issues considered was whether the Appellant had a fair trial. The Appellant enumerated twenty one instances of the conduct of the president of the court-martial; it was argued disclosed a breach of the duty of fairness and impartiality. The Court of Appeal also found that the president at some instances during the trial made some rulings on the objections made by the prosecution without giving the defence a hearing. The Court of Appeal held that the appellant did not have a fair hearing. More often than not, the decisions of Nigerian Courts-Martial [the ones that have come on appeal] were usually upturned on the basis that there was no fair hearing. Breach of fair hearing was often one of the grounds of appeal and issues for determination. It is therefore not surprising that most courts-martial decisions did not often survive in appellate courts.

Although, the Nigerian military has its fair share of lawyers, this has not really impacted on the administration of justice in the military. A General Court-Martial sitting in the Artillery Regiment in Ondo State sentenced many soldiers to various terms of imprisonment for the offence of mutiny (The Punch April 28, 2009). Reports from the press revealed various incursions by the President of the Court-Martial into the proceedings.

Similarly, it was reported in some dailies (The Punch, February 1, 2018 and Vanguard, May 31, 2018) that the Nigerian Army compulsorily retired 38 senior officers in June 2016 for alleged partisanship in the 2015 general elections as well as involvement in defence contracts scam. There was no hearing and there was no court martial convened. The officers were not given any fair hearing.

‘The easily noticeable disfavor manifestly discernable from the proceedings in the trial court-martial betrays an indecent primordial intent of conviction very much reminiscent of a remark by a sheriff in the Wild West, U.S.A. who while speaking of a horse thief said: ‘we will give him a fine trial and after that we will hang him’.

It seemed whenever and wherever a court-martial was convened in Nigeria, members believed that there must be a conviction, as if any decision to the contrary was to the effect that the court-martial had failed in its objective.

It is suggested that the military can adopt a jury system where the incidence of adjudication would still be controlled by a military judge who is a lawyer while the jury will consist of members of the Armed Forces.

It is also suggested that the Armed Forces may have special commissioning for Magistrates and Judges to do a proper job of the administration of criminal justice. In other words, the system needs those who are first of all lawyers (learned and experienced in adjudication) before they are service personnel; not those who are military personnel before they are lawyers. This seems to be the biggest problem of the Nigerian military criminal justice system. Military internal justice system needs persons who are learned in the art of adjudication.

It is also suggested that a separate Corps be established independent of the Corps of Military Police of the Armed Forces and the Military Legal Services. It should be in form of a standing Court-Martial unlike the way it is presently convened on an ad-hoc basis. It should simply be a “Military Court”. And their promotion should be handled by the President and Commander-in-Chief of the Armed Forces. Their appointment should be modeled after that of the United States Court of Appeal for the Armed Forces where its independence is guaranteed. The justices of the court are appointed for a 15 year term by the President of the United States on the advice and consent of the Senate (Section 942 Article 142 Uniform Code of Military justice of the United States (UCMJ, 64 Stat. 109, U.S.C. Chapter 47.).

If the military wants to stick with its present system, then it is suggested that the role of the Judge Advocate should be upgraded to a full member of the Court-Martial. And in addition, presidents of Courts-Martial should also be lawyers with at least 5 years post call standing.

The suggestions would appear to have greater cost implications than the present system. The administration of military justice should not be sacrificed on the altar of financial cost. It is not only that breach of fair hearing works injustice on the accused person but some accused person may also escape punishment under the guise that they were not given fair hearing. Now is the time to attend to the military criminal justice system and carry out a holistic reform therein.