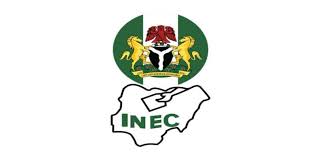 Despite the COVID-19 pandemic ravaging the country, the Independent National Electoral Commission (INEC) has said Edo and Ondo gubernatorial elections must hold in order to avert a constitutional crisis.

It explained that the timetable and schedule of activities for the two elections would be released on June 1.
INEC National Commissioner and Chairman, Voter Education and Publicity, Mr. Festus Okoye, stated this while featuring on The Morning Show, a programme on ARISE NEWS Channel, the broadcast arm of THISDAY Newspapers.
According to him, it’s not the electoral body that’s insisting that the governorship elections in the two states be conducted but the constitution.

Okoye said if INEC fails to conduct the two elections within the constitutional time frame, it means the electoral body has lost its rights to fix the date for elections and that responsibility would now fall on political authorities under Sections 180 and 305 to fix a date for elections.

He added that INEC as a constitutional body derives its powers directly from the constitution as Section 178 (1&2) of the constitution as well as Section 25(7&8) of the Electoral Act 2010 as amended, empower INEC to conduct elections at a specific period.
According to him, Section 178(1) says that it’s the function of INEC to fix the date of elections, but Subsection 2 says that an election to the office of the governor shall be conducted not earlier than 150 days and not lesser than 30 days to the expiration of the tenure of the last holder of the office.

He said giving the present situation, the commission could decide to move the election by a week or by two weeks.
Okoye stated: “The truth of the matter is that the country is faced with a situation of conflicting rights – the rights of the Nigerian people to elect their representative and also their rights to life, not to go to polling units and die. So, what we are doing, if you look at the first day of June 2020, we are going to officially release the timetable and the schedule of activities for these two elections.”

He said political parties under Section 85 & 87 of the Electoral Act, were to conduct their party primaries, explaining that the commission would organise virtual stakeholders’ meeting to deliberate with them and see what could be done to ensure that party primaries were seamless.

Okoye added: “So, we recognise there will be problems; we recognise that there will be challenges, but we are on point and we are determined to deliver on our mandate because if we fall off outside the constitutional window, the implication is that going forward, the commission does not now have rights and wherewithal to pick the date of the election. It now falls to the political authority, maybe under Section 180 of the constitution or under Section 305 of the constitution giving the situation that we are in.

Okoye explained that INEC would resume consultation with the critical stakeholders within the week by holding virtual meetings with civil society groups and organisations.
He said the commission has started consulting with political parties and security agencies and has stepped up efforts in Edo and Ondo states, while also resuming full activities in relation to both elections.

On measures to ensure security during the elections, especially considering the tension between the National Chairman of the All Progressives Congress (APC), Mr. Adams Oshiomhole, and Edo State Governor, Mr. Godwin Obaseki, he said the commission has set up an Inter-Agency Consultative Committee on Election Security (ICCES) to appraise the security situation in the two states and to interface with the health authorities on how to proceed with the elections giving the current challenges.

Okoye said INEC was not pretending that the two elections would be smooth because it recognised that there would be problems, and challenges, especially with the pandemic, but added that INEC was determined to deliver both elections.

“I hope that by the time we are getting to September 19 when this election will be conducted that the health authorities would have to, to a certain extent, contain the pandemic and the people will have the confidence to out and vote without putting their health in jeopardy.”

Okoye stated that INEC would use its database to recruit ad hoc staff and would also develop an online training module for training the ad hoc staff as part of the preparation for the two governorship elections.

Asked why INEC was not bent on conducting by-elections, the national commissioner said the vacancies occurred as a result of death or vacancy, adding that “Section 26 of the Electoral Act as amended, gave the commission the power to postpone an election when there is an emergency or a situation that requires re-strategising. So, those elections were postponed on the account of that. But Edo and Ondo elections are what we called a constitutional election that our hands have been tied constitutionally; there is nothing we can do about it.”

He added that the commission would not be able to carry out Continuous Voters Registration (CVR) to allow those that have turned 18 years of age take part in the election but would rely on the existing voters’ register.