Covid-19: The Italian Mafia Takes Up Business Opportunities Amid the Coronavirus Pandemic 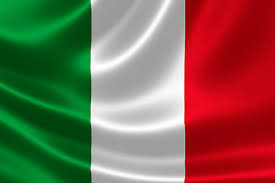 The Italian mafia has worked out how to profit from the coronavirus pandemic and the resulting economic crash. From offering opportunistic social aid and usurious loans to new business investments, the mafia is all set to exploit the vulnerable.

This is not the first time that mafia families have identified an easy business opportunity.  In 1980, an earthquake struck Naples and the Campania region, killing almost 2,700 people. The Neapolitan arm of the mafia, the Camorra, quickly developed their construction enterprise and secured much of the reconstruction work.

In 2009, the former director of the United Nations Office on Drugs and Crime (UNODC), Antonio Maria Costa, said he had evidence that money from criminal organisations had been the only liquid investment capital used by Italian banks during the financial crash.

Now, more than a decade later, in an article published in La Repubblica in March, journalist Roberto Saviano warns that this new coronavirus crisis offers the mafia a “lucrative opportunity”.

France 24 reported that faced with a dramatic increase in people on the poverty line, the Italian government announced the distribution of €400 million in shopping vouchers. The Italian agricultural union Coldiretti reported that requests for food aid from charity organisations such as Caritas increased by 30% in March, according to AFP.

At the same time, the authorities and several media outlets noted that mafia groups started distributing their own food baskets to families facing financial difficulties.  Some considered this both a strategy of recruitment and of social consensus. It coincided, too, with a number of key mafia bosses being allowed to exchange their prison cells for house arrest, thereby returning to the territories they controlled.

In the underprivileged ZEN district of Palermo, the brother of Cosa Nostra’s boss, Giuseppe Cusimano, was spotted distributing food through a charity close to the cartel.

“It is hard to know exactly how much of this goes on,” said Rizzoli, who explains that such largesse buys loyalty. “In return, the mafia asks for ‘services’: to hide weapons or a fugitive, to employ a cousin, to display the family’s mozzarella in place of a competitor…”

Statistics released by the Interior Ministry at the end of April showed a 66% drop in crime compared to the same period last year. However, another figure was on the rise: money-lending was up 9.1%.

The lockdown and the resulting economic catastrophe has put many small businesses at risk of bankruptcy. “Banks tend to lend little to SMEs (small and medium enterprises). They must then turn to more shadowy operations and the mafia offers them fresh, albeit dirty, money,” Clotilde Champeyrache, a lecturer at the University of Paris 8, a mafia specialist and author of “La Face cachée de l’économie” (The Hidden Face of the Economy) explained to FRANCE 24.

“In normal times, the rates for this kind of money-lending are extremely difficult to pay back,” said Champeyrache. “Today, the crisis is enormous, so there’s a real demand for money. And, during Covid-19, rates will be more reasonable in order to get as many people as possible under the mafia’s thumb.”

Historically, Italian mafias have also invested heavily in areas of legal activity, an example being healthcare. In 2010, an investigation by the Anti-Mafia Commission brought down the director of the Pavia health agency, Carlo Antonio Chiriaco. It was revealed that he was the representative of the ‘Ndrangheta in this Lombardy city.

“Criminal families infiltrate the health service by providing services legally through cleaning, laundry, security and equipment businesses,” Rizzoli said. “In these times of Covid-19, it is important for hospitals to get supplies wherever they can, it is an emergency. It may later be discovered that some suppliers are linked to the mafia.”

In an article in Elle, Italian author Roberto Saviano expanded further.  “The Camorra already seems to have invested in the most profitable business of the moment – trade in masks, gloves and hydroalcoholic gel.”

Experts all agree on one point: Italy’s criminal organisations will benefit the most from the recovery.

“By distributing food baskets, by finding a way to enter the homes of poor families, the mafia is not just looking to recruit. It is also giving people directions on how they should vote, and these will be at least in part respected,” says Rizzoli. In this way, it reinforces its main activity: securing tenders.

“As soon as there are calls for tenders in the building and public works sector, at least in southern Italy, the mafia tries to win them through their legal companies,” said Champeyrache.

According to Saviano, Italian criminal organizations will also take advantage of bankrupt sectors to invest in new markets. “Who might possibly buy up the tourist resorts on the Côte d’Azur or the Costa del Sol that have been destroyed by the 2020 tourism crisis?” he asks ironically.

Italy is rife with organised crime. Its anti-mafia defence system is the most sophisticated in the world. Unlike France or Germany, Italy has three major institutional bodies dedicated to the fight against criminal organisations. These are within the justice system, the ministry of the interior and the parliament.

“In Italy it’s an offence to be associated with the mafia, but not in other European countries,” said Champeyrache. Adopted in 1982, this measure makes it possible to arrest those who are hiding behind the crime and also high-ranking officials who don’t get their hands dirty.

“The interior ministry takes the fight against the mafia’s embezzlement of public money very seriously,” said Champeyrache. She says the coronavirus crisis and lockdown have not slowed down the Italian justice system.

She does warn that Europe’s lack of engagement only serves to bolster the mafia in their aim to become part of the establishment. “If Brussels doesn’t help Italy in times of crisis, it will enable the mafia to continue to build their societal legitimacy.”