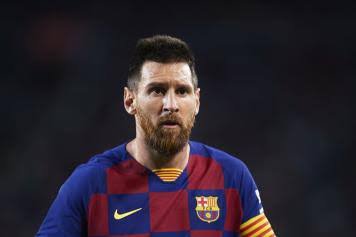 With Spain being one of the hardest hit country in the world, Lionel Messi, the Captain of Barcelona announced that the players will take a 70% pay cut during the coronavirus pandemic and will also make additional contributions to ensure non-sporting staff receive full wages.

The Catalan’s all-time top scorer was among many Barcelona players who released identical statements on social media on Monday to confirm the decision.

Captain Lionel Messi said the move was delayed as the players were “looking for a formula to help the club”.

Spain’s covid-19 death toll now stands at 7,340, making it the worst-affected country in the world behind Italy.

In a media statement, Messi stated that “Before going any further, we want to make it clear that we were always willing to reduce our salaries because we understand perfectly that we are in an exceptional situation.”

He stated that if the players didn’t speak until now, it is because the priority was to to find solutions to help the club and to see who the most affected were during this situation.

Barcelona’s board of directors, members of its professional sports teams and most of the basketball team have also agreed to reduce their wages.