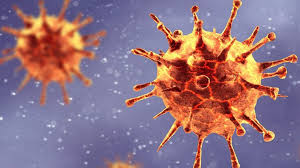 The Federal Government on Sunday advised Nigerians against non-essential local and international travels during the festive period as COVID-19 cases continued to rise in the country.

The Nigeria Centre for Disease Control gave the advice in its latest COVID-19 situation report as the Lagos State Government vowed to get tough with violators of compulsory tests for international inbound passengers.

Amid the surging cases, the NCDC   advised Nigerians on non-essential international and local travels during the festive period.

Between November 21 and December 4, the country recorded 1,035 cases of the virus.

But between December 5 and December 18,  8,916 cases were recorded representing 761.45 per cent over the previous two weeks.

The NCDC confirmed in its latest report that no fewer than 845 passengers tested positive within one week.

According to the disease control agency, the country has continued to witness a surge in the number of travellers who test positive to the coronavirus both at point of entries and at point of departure.

According to the NCDC, the omicron may also lead to several other mutations.

It said, “The spread of COVID-19 variants of concern including the Omicron variant may lead to a surge in cases globally due to mutations which could give the SARS-CoV-2 virus a specific advantage such as increased transmissibility, possibility of more severe illness or evasion of tests currently used for the detection of COVID-19.

“Importantly, this holiday season, we advise everyone to avoid non-essential travel, both international and national while research is ongoing to better understand Omicron and its impact on the national and global response to COVID-19.”

The centre also noted that the country had continued to speed up testing. For instance, it stated that there was an increase in the number of test samples from week 48 to week 49.

So far, a total of 3,686,403 tests have been conducted so far.The Omicron variant has led to an increase in cases across the world. With many countries currently in the fourth wave of the pandemic, the World Health Organisation continues to advocate for increased vaccination and administration of booster shots.

To stop the spread of the virus, the Lagos State Government on Sunday said it was on the trail of inbound travellers, who evaded mandatory COVID-19 tests.

The state said it would tighten entry formalities at the airport to win the war against COVID-19.

The state Commissioner for Information, Mr Gbenga Omotoso, in an interview with one of our correspondents on Sunday, said the state would also punish inbound travellers who disobey the COVID-19 safety protocols.

He said, “Recall that recently, the governor issued a statement and guidelines that we have to follow to win the war against COVID-19. He urged Lagosians to join hands with him to defeat the fourth wave, as we have done in the three previous waves.

“We are trying as much as possible to work with the Federal Government to tighten entry formalities at the airport. This virus is believed to be coming from abroad, especially the new Omicron variant. We are trying as much as possible to ensure that people coming in don’t just walk into Lagos without obeying the formalities. They have to go through the second-day and seven-day tests. Some of those who are trying to beat this protocol; I assure you that they will face justice.

“The state government is trying to gather them and move them to the court so that they can have the necessary punishment which is quite explicit in all our guidelines.

“We are ensuring that people who will have events around this time don’t fill more than 50 or 60 per cent of the space they have; people have to show they are vaccinated and above all, we are stepping up advocacy. We have a programme that we call count me in, under which we want to vaccinate four million Lagosians before the end of this month. We increased vaccination points so that people will say they are not seeing vaccination points and that is why they are not getting vaccinated.”