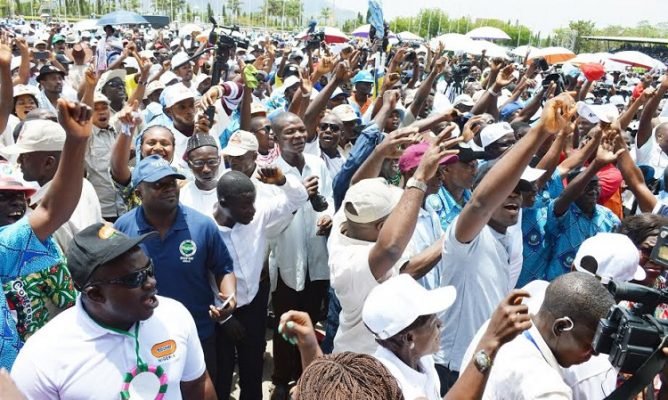 The Association of Senior Civil Servants of Nigeria has asked the Federal Government to extend till March next year,  today’s (Wednesday) deadline for the compulsory vaccination of  civil servants.

The General Secretary of the ASCSN, Alade Lawal, who stated this in an interview on Tuesday, said the extension was necessary to enable all  civil servants to take the jab and avoid a stampede at the vaccination centres.

But the Technical Lead of the  Presidential Steering Committee on COVID-19, Dr Muktar Muhammed, told one of our correspondents that the deadline would not be extended.

As labour union and the PSC disagreed on the deadline, federal civil servants across the country on Tuesday thronged vaccination centres to get vaccinated.

The PSC led by the Secretary to the Government of the Federation, Boss Mustapha, had in October said that federal workers without proof of COVID-19 vaccination or test results done within 72 hours would be denied access to their offices starting from December 1 (today).

Mustapha said the directive would be applicable in all locations in Nigeria and missions abroad.

But commenting on the development, Lawal stated that his union would make a strong appeal to the Federal Government not to enforce the directive till next year to enable more civil servants to take the jab.

According to him, the letter on the demand would get to government today (Wednesday). He added that while the ASCSN supported the vaccination mandate being enforced by the Federal Government, there was a need to give the people adequate time to get vaccinated.

He stated, “We agree that we must vaccinate in view of the combative nature of the virus. At the same time, they should give us time because of the number of people involved so that they can extend the deadline. That’s our appeal to the government, a strong appeal.“We would make the appeal through a letter. The letter will get to them latest tomorrow (today) morning. We want them to extend it till end of March next year.

“It would be better. I know that the gap between the first jab and second jab for Moderna vaccine is about a month or six weeks. Peradventure, somebody that has not taken as we speak now and wants to take by next week, you are talking of next year.

“In this kind of thing, you must be able to arrange something so you don’t start arranging again so that all and sundry would know that the government has tried. It should not be too compact so that there would be no room for manoeuvres.”

But the Secretary-General, Senior Staff Association of Statutory Corporations and Government-Owned Companies, Dr Ayo Olorunfemi, dismissed the moves to compel workers to take the vaccines, noting that the government should rather focus on building the economy and developing the infrastructure.

He stated, “Why are they forcing people to take the vaccines? They should focus on building the economy and other important things. You know some people are enriching themselves through these vaccines. What is going on shows that this government has lost focus. They don’t know what they are doing. We have an unserious government that takes delight in pursuing shadows.”

When one of our correspondents reached out to the Technical lead of the PSC,  Muhammed, on the possible extension of the deadline, he said, “We are not contemplating any extension of the December 1 deadline. People who acquired the cards will be apprehended, how we do that we keep it to our chest.”

The federal civil servants on Tuesday stormed vaccination sites ahead of today’s  deadline.

It was also observed that in a bid to contain the increase in the number of civil servants who came out to vaccination, makeshift centres were also created adjacent the federal ministries of health and education.

Security operatives have already started barring civil servants and visitors who fail to use facemasks from government buildings in Abuja.