Community Policing: The Best place to Combat Crime is at the Grassroots Level Niger Gov 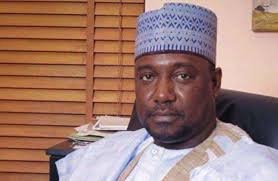 The Niger State Governor, Alhaji Abubakar Sani Bello, has thrown his weight behind the community policing policy, saying that it is the best approach to combating crime. Bello has therefore inaugurated a 15-man Advisory Committee to guide the government on how to institute community policing in the state.

The governor, who spoke at the inauguration of the committee on Thursday, was optimistic that community policing will check the insecurity plaguing parts of the state. He therefore called for a robust community policing system from the ward level, insisting that security controlled at the ward level will have a great impact with regards to the general security of the state.

“The best place to combat crime is at the grassroots level, therefore with the committee in place, things will improve security wise

“I am glad that this is happening now at a time we are faced with a lot of security challenges,” the governor said.

The governor however harped on the need for those to be recruited to be persons of  impeccable character, lamenting that the infiltration of bad eggs into security outfits in the country has jeopardized the operations of the security agencies in the fight against criminal elements.

Shehu is hopeful that the scheme, which is a collaboration of all the  security outfits in the country and the community, will bring crime to  the barest minimum in the country.

He urged the Niger State Government to take the community policing Initiative as its baby and ensure that the aim of establishing the scheme is achieved.

The 15-man advisory committee is headed by the state Commissioner of Police, Alhaji Adamu Usman, while the Etsu Nupe and Chairman of the state Council of Traditional Rulers, Alhaji Yahaya Abubakar, is the vice-chairman.