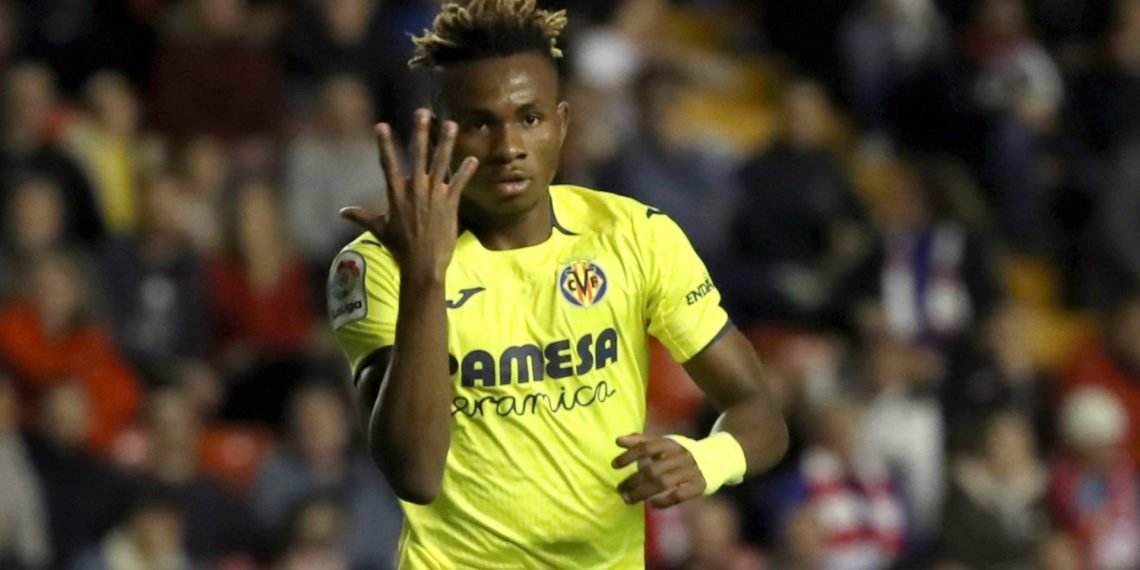 Ahead of eagerly-awaited return of the Spanish LaLiga, Super  Eagles  winger  Samuel Chukwueze   has undergone the mandatory  Coronavirus test along with his Villarreal teammates.

On Monday, La Liga confirmed that Spain’s footballers will go back to training this week being  the first step in a month-long process towards a return to competition. The hope is that First and Second Division games can begin in mid-June.

The Nation reported that Since COVID-19 enforced suspension  of  the LaLiga, the 21-year-old  former FIFA U-17  World Cup winner  had been  training at home under  the strict regimen provided by  his Spanish  side but reckons he is at the ready to ruffle more feathers when the LaLiga resumes.

“Our club would most likely resume training on Thursday because we have  done all our medical tests and  we are expected to observe all the  rules against COVID-19 especially the use mouth guards during the trainings,” the FIFA U-17 World Cup Bronze Boot winner  in 2015 told NationSport.

The fleet-footed winger added that the Yellow Submarines as Villarreal is known,  would fight their way to secure  one of the tickets to play in Europe next season despite being in eighth position on the LaLiga table before the COVID-19 break.

He said: “ I’m really looking forward to scoring more goals when the LaLiga resumes and try  as much as possible to assist my team in ensuring that we get a ticket to play in the UEFA Champions League.

“We are on the right track  before the Laliga was suspended and we are going to  continue where we stopped when  we resume,” he noted.

The  2019 African Cup of Nations (AFCON) bronze medalist with the Super Eagles is one of the highly revered  youngsters in Europe  and was listed by UEFA as one of the 50 players to watch in the current in 2019/20 season  with a market value in excess of  $50m.