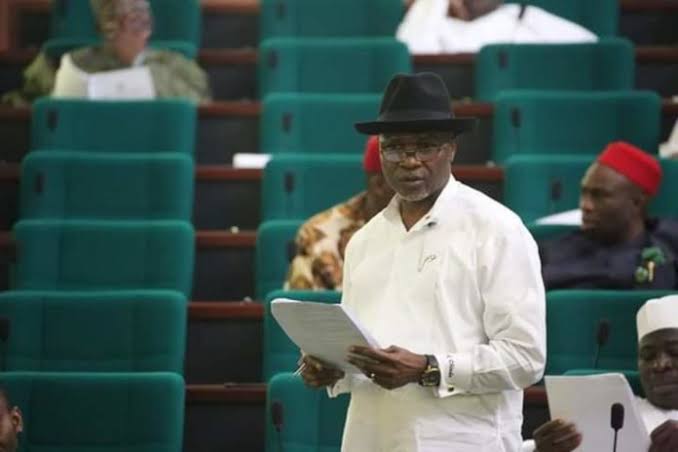 The Peoples Democratic (PDP) caucus of the House of Representatives has kicked against the alleged move by the President Muhammadu Buhari-led government to use the National Broadcasting Commission (NBC) and security agents to stifle press freedom through sanctions and harassment.

In a statement issued on Friday, Kingsley Chinda, leader of the caucus, said the latest notice of infraction issued by the NBC against Channels Television and subsequent grilling of some anchors of the station by the DSS over its interview with Governor Samuel Ortom of Benue State was an “abuse of democracy and move to stifle press freedom”.

The opposition lawmakers said it was ludicrous that the Federal Government was busy clamping down on media houses and journalists at a time the nation was drifting into a “Hobbesian state amidst the raging insecurity currently engulfing the nation.”

“Certainly, there are more pressing issues demanding statecraft and leadership than the hounding of journalists and repression of the media merely on account of interviews granted by opposition figures.”

“We are also monitoring widespread reports that members of staff of Channels Television have been invited to the office of the Directorate of State Services (DSS) for interrogation in connection with their handling of the programme.

“The government of President Muhammadu Buhari is preoccupied with hounding perceived enemies of the administration and stifling the press, acts which are antithetical to democratic ethos.

“The assault on press freedom has reached a crescendo under this administration. Little wonder that Nigeria has emerged as the most dangerous place in West Africa for journalists, according to a survey released by global media advocacy organization, Reporters without Borders also known as Reporters Sans Frontieres (RSF) to mark the 2020 World Press Freedom Day.

“We therefore call on President Muhammadu Buhari to live up to his mandate to defend and protect the Constitution by immediately directing all relevant organs of State to desist from any further harassment of Channels Television or any other print or electronic media platform, as same violates the provisions of Chapter IV of the 1999 Constitution which guarantees freedom of expression and, by extension, Press freedom”, the PDP caucus said in the statement.

The PDP caucus also called for “the immediate and unconditional release of any journalist arrested and/or detained by any law enforcement agency simply for exercising his /her journalistic license.”