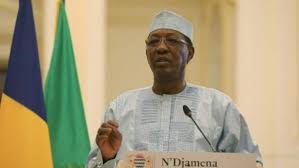 Chad’s army will no longer participate in military operations beyond its borders, President Idriss Deby said on Friday.

Deby spoke during a visit to the Lake Chad zone in the west of the country to mark the end of an offensive against jihadist group Boko Haram, which carried out its deadliest-ever attack on the army in March, killing nearly 100 soldiers in an ambush.

On Thursday, the army said a further 52 soldiers had died in the 10-day counter-operation against Boko Haram, which it said had killed 1,000 of the militants and driven them from two island bases in the lake, which borders Chad, Cameroon, Niger, and Nigeria.

“Chad has felt alone in the fight against Boko Haram since we launched this operation,” Deby said in a speech broadcast on Friday.

“Our soldiers have died for Lake Chad and the Sahel. From today, no Chadian soldier will take part in an external military operation,” he said.

It was not immediately clear how the decision would impact the anti-jihadist operations of the Multinational Joint Task Force (MNJTF) comprised of troops from countries bordering Lake Chad. Its work had already been complicated by divisions and a lack of cooperation.

Reuters Africa reported that Chad’s armed forces are among the most respected in the region, a reputation forged during decades of war and rebellions, and honed in a 2013 campaign against al Qaeda-linked Islamists in the deserts of northern Mali.

Its suspension of external military operations could also affect the France-backed G5 military force, which battles a growing Islamist militancy in the Sahel region with soldiers from Mali, Mauritania, Niger, Burkina Faso and Chad.