AND A COMMENDABLE RECOMMENDATION TURNS SOUR 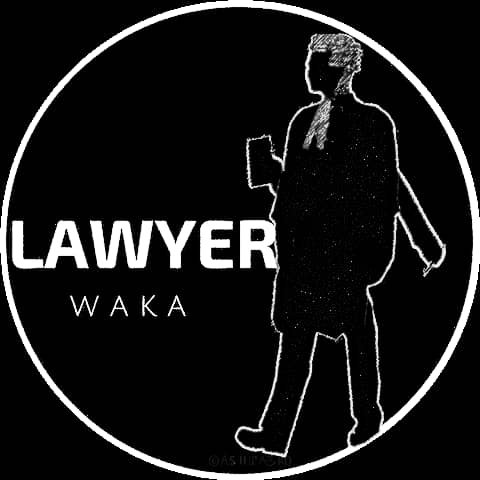 Depending on which side of the divide that one belongs, the Supreme Court of Nigeria (“SC”) on the 8th May 2020 quashed the conviction of Senator Orji Uzor Kalu, Mr. Jones Udeh Udeogu ,the erstwhile Director of Finance and Account, Government House, Abia state and Slok Nigeria Ltd. The trio had hitherto been tried, convicted and sentenced accordingly by Justice Mohammed Idris at the Federal High Court, Lagos for offences of money laundry, fraud and misappropriation of funds while Senator Orji Uzor Kalu held sway as the Governor of Abia State from 1999 to 2007.

The facts and leading circumstances of the case are as follows; Senator Orji Uzor Kalu was the governor of Abia State between 1999-2007 and the current Senator representing Abia North senatorial zone. He was arraigned by the Economic and Financial Crimes Commission for misappropriation of funds to the tune of #7.1 billion in 2007 immediately after leaving office. The trial suffered so many setbacks until early 2020 when the trio were convicted.

The crux of the appellants’ case at the Supreme Court was that the court that tried and sentenced them lacked jurisdiction to sit over the matter because Justice Mohammed Idris who convicted them had at the time of the conclusion of the case and their subsequent conviction been elevated to the Court of Appeal and as such lacks the competence to handle the matter. By virtue of Section 6(1), (5) of the 1999 Constitution of the Federal Republic of Nigeria (as amended), judicial powers are vested on the courts established by the said section in order of their hierarchy with each of them having clearly spelt out roles under the constitution.

Prior to the enactment of the Administration of Criminal Justice Act in 2015 (ACJA), public prosecutors such as The EFCC, law officers, police and sector prosecutors like the NDLEA had expressed their frustration over the ordeal they go through in having to start a trial de novo once a sitting judge of any of the courts of coordinate jurisdiction is elevated to the Court of Appeal. Actors in the criminal prosecution sector recommended to the National Assembly to insert in the then proposed legislation (ACJA) a section that would enable an elevated judge to be coming back to the high court to conclude any ongoing criminal case being handled by such an elevated judge.

Thus, section 396(7) of the Administration of Criminal Justice Act provides:
“Notwithstanding the provision of any other law to the contrary, a judge of the high court, who has been elevated to the Court of Appeal, shall have dispensation to continue to sit as a high court judge only for the purpose of concluding any partly-heard criminal matter pending before him at the time of his elevation; and shall conclude the same within a reasonable time, provided that this section shall not prevent him from assuming duty as a Justice of the Court of Appeal”

Relying on the provision of the above section, The Court of Appeal issued a fiat to Justice Mohammed B. Idris with which he continued to sit and concluded the case of FRN V. Orji Uzor Kalu & 2 Ors which resulted in the conviction of the defendants. The constitutionality or otherwise of section 396 (7) of the Administration of Criminal Justice Act 2015 was challenged at the Supreme Court. In resolving the issue, the apex court considered the provision of section 253 of the 1999 Constitution of the Federal Republic of Nigeria (as amended) which is to the effect that:
“The Federal High Court shall be duly constituted if it consists of at least one judge of that court”

Also in contention is the fact that before the judgment of any court would be valid, such court must have the jurisdiction to sit over the matter, failure of which the whole proceeding becomes a nullity. See Galadima v. Tambai (2000) 6 SCNJ 190. What cloths the court with jurisdiction has been espoused in the locus classicus case of Nkemdilim v Madukolu (1962) 1 All NLR 587 and list of other cases. It so happened yesterday that the Supreme Court was not invited to decide whether or not Senator Orji Uzor misappropriated the sum of #7.1 billion but whether the court that tried him had the competence to do so and the Apex court had no difficulty in holding that the court was not properly constituted having declared the enabling section of the law with which Justice Mohammed Idris acted as unconstitutional.

The contention that it was Senator Orji Uzor’s legal team that wrote to the Court of Appeal to allow Justice Mohammed Idris to conclude the matter in view of the fact that the matter had been ongoing for several years before Justice Idris was promoted to the Court of Appeal and starting all over again before a new judge would lead to an untold hardship was held to be untenable because the issue of jurisdiction bothers on the life wire of the case. Thus, parties in a litigation cannot even with their own agreement rob the court of its jurisdiction.

Now that the Supreme court has ordered for a retrial of the case before the Federal High Court, so many questions require answers; Considering the fact that the case had been in court for the past 13 years, how long would it take to get it resolved? The cost implication of the prosecution on our public treasury? What is the fate of other persons that were convicted under this arrangement since the coming into effect of the Administration of Criminal Justice Act in 2015.

The commendable recommendation of public prosecutors who expressed displeasure with the fact that they had to start criminal matters afresh each time a judge of the courts of co-ordinate jurisdiction gets elevated to the Court of Appeal has turned sour. This novel decision of our apex court though legally right will in no small measure continue to be a clog in our criminal justice administration until our constitution is amended to accommodate the recommendation of the actors in public prosecution.*