2022 ELECTIONS AND THE ECNBA VERDICT By Abdulrasheed Ibrahim 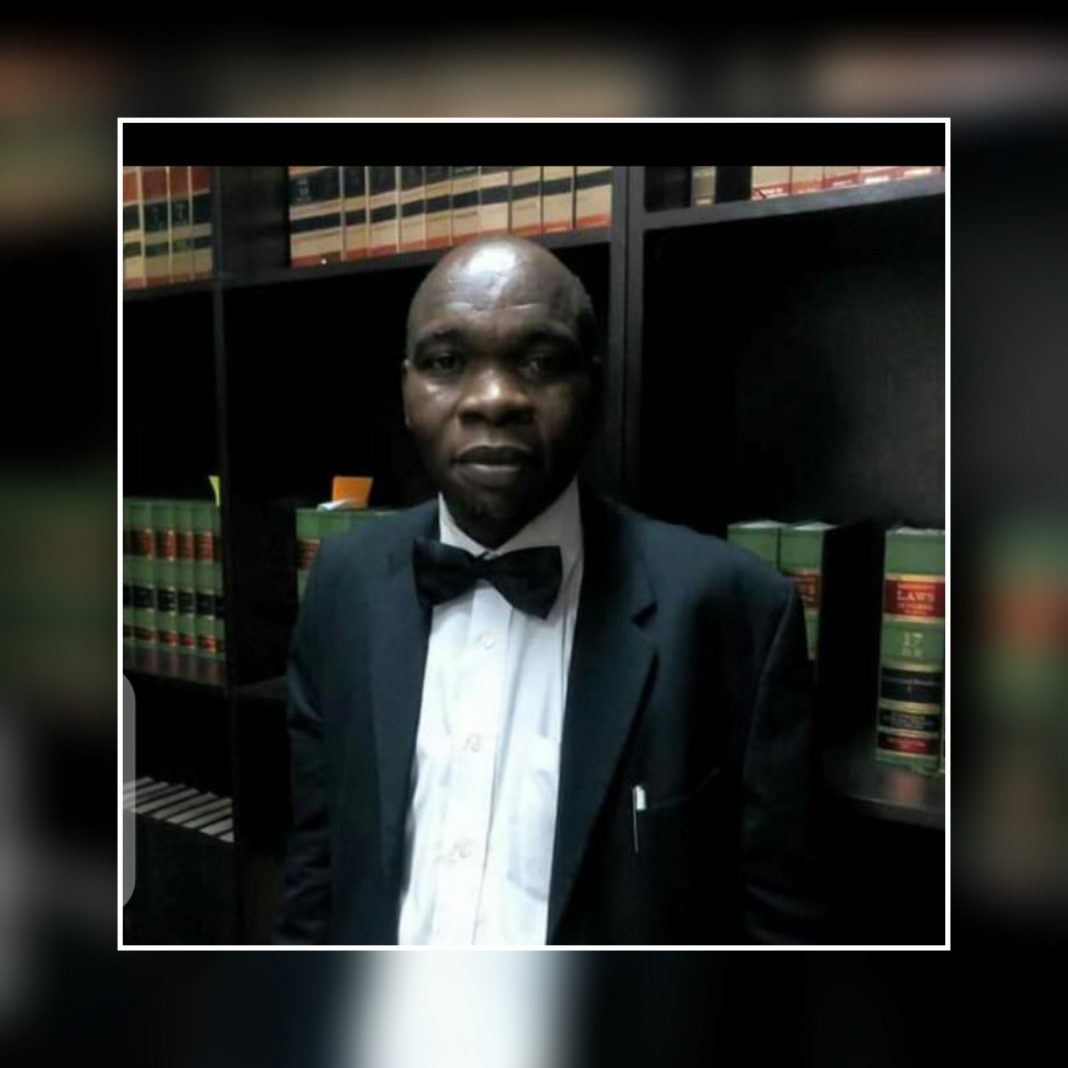 With the just concluded 2022 NBA elections of the National Officers and the  Representatives to the General Council of the Bar, I strong believe that the social media will  go on recess as far as the NBA elections at national level is concerned. The biennial rituals in NBA politics of sending and receiving endless electronic text and graphic messages of congratulations and felicitations of various kinds to the NBA branches and individual personalities from  the aspiring bar politicians in the cause of their consultations and soliciting for supports to be elected the elections have come to an end.

Whenever the electoral battle is fought in the spirit of sportsmanship, some will win and some will lose. The contestants must accept the verdict of a free and fair election in good faith. With the transparency that ran through the 2022 NBA elections, Mr. Yakubu Chonoko Maikyau (SAN) has emerged as the new President of the Nigerian Bar Association by scoring 22,342 votes, followed by Chief Joe-Kyari Gadzama (SAN) scoring 10,842 votes while Mr. Jonathan Taidi scored 1,380 votes out of the total votes of 34,512 with 244 abstentions. The total eligible voters of lawyer for this year elections was put at 59,393.

The Electoral Committee of the Nigerian Bar Association (ECNBA) under the Chairmanship of  Mr. Ayodele Akintunde (SAN) this time around deserve a very big commendation and congratulations for living up to its words and promises  as stated by the Learned Silk on 8th July 2022 during the  Presidential Debate and Manifesto that:

“The electoral process is essentially based on technology because we are adopting e-voting. And what we are trying to do is to let people know that it is possible to conduct free, fair and credible elections without controversy using technology”

In flashback, I for one was not disappointed by the leadership of 2022 ECNBA as I had stated it in the past and still repeated it when the Akintunde’s Electoral Committee came on board that:

“… The Electoral Committee headed by Mr. Akintunde again did a wonderful job which it has been doing for many years now. Mr. Akintunde is a person I can recommend for any electoral assignment whether nationally or internationally. We have a personality in our branch that the NBA at national level can look up to, to deliver a free and fair election in the nearest future. Mr. Ayodele Akintunde (SAN) is a person that will not compromise as he is a principled man.  I congratulate him and all members of his Committee for making history again.”

I first made the above assertion some years back and with what has just happened, have I not once again justified? I recently advised the political parties in Nigeria to do away with the monetarily compromised delegate system and embrace e-voting system in the elections of their flag bearers. I think by this wonderful assignment just concluded by the ECNBA, the political parties will do well to come and  learn  great lesson on how the right candidates will emerge from their midst.

One thing that is now certain in NBA is that the e-voting has come to stay. The NBA politic is now becoming more and more democratic. For the first time in the history of NBA, the Association’s Representatives to the General Council of the Bar are being elected. This similar gesture should equally be extended to the NBA’s National Executive Council (NEC). Rather than allowing the President to continue co-opting most of the NEC members, let certain percentage be subjected to elections. I suggested this sometime in November 2020 in my “A MEMO TO THE NBA ELECTORAL REFORM & AUDIT COMMIITTEE” where I said among other things that:

“….A critical look at the composition of the National Executive Committee (NEC) as provided in Section 7 of the 2015 NBA Constitution clearly shows to a large extent that the composition is not completely elective by virtue of the word “co-option” adopted under that Section. It needs to be pointed out here that there was an heavy allegation by one of the Vice Presidents in the immediate past National Officers of the Association that the President single handedly picked over 100 co-opted NEC members without the in-put of the other National Officers. It is a fact that such co-option are usually done basically to compensate their loyalists who campaigned for them during elections to the office and not necessarily those that will champion the cause or the interest of the Association when the situation arises. It is also my suggestion that the Hon. Members of this Committee should have a second look at the composition of the National Executive Committee (NEC) as I am of the view that it is better to make the composition more elective than co-option as it is being presently done. The NBA NEC should be made to be more representative than being selective….”

At least with the recent amendment to the NBA Constitution, we seem to be getting close to the Promised Land as I will still be drumming it to the hearing of the incoming NBA President, Mr. Y.C .Maikyau (SAN) and his team on the need to some extent make the membership of the NBA National Executive Council (NEC) elective instead of overwhelming co-option.

It is now a good thing the provision that used to make the membership of NEC mandatory to be eligible to contest for most of the positions in the National Executive Committee has been done away like some other discriminatory provisions in the NBA Constitution. It is equally a good thing that unlike what happened in 2018 when the ECNBA sat as an appellate panel on appeals against its decisions disqualifying some candidates, separate appeal panels were created during this year election to attend to those appeals and directed the ECNBA appropriately on their decisions on the appeal of the aggrieved disqualified candidates.In flashback once again, in  2016 when the electronic voting started about  24,305 lawyers were eligible to vote out which 11,646 lawyers  updated their records and 6,932 were accredited to vote but only 5,442 lawyers eventually voted to determine the winners of that elections .

As stated earlier above, it is reported that 59,393 lawyers were eligible to vote out of which only 34,512 voted with 244 abstentions in this year elections. What this has gone to show is that significant number of lawyers seemed not be interested in the elections which is not good enough for the profession. This exercise is about choosing the leadership of the Association which should be the concern of every lawyer. When lawyers abstain from NBA elections, how do we make the leaders accountable? Also one of the ways to encourage lawyers in the participation of the NBA activities is for the leadership to live up to expectations in the discharge of their responsibilities. It should be the duty of every lawyer to be involved, lawyers need to teach the non- lawyers what election is all about within and outside the Bar. This is part of the role assigned by the first Nigerian lawyer Mr. Sapara Williams to lawyers that the profession must live for the direction of the people and the advancement of the country.

This just concluded NBA election is not without great lessons to be learnt there from. Firstly, it has shown that in the democracy the majority will always have their way while the minority will have their saying. In the last NBA election of 2020, the voting power of members of the Outer Bar of the Association was provocatively put to test by a member of the Inner Bar, a Learned Silk who was of the view that the position of NBA Presidency must reside  permanently within the Inner Bar.

This assertion was vehemently protested and the members of the Outer Bar who are the majority in the profession voted one of their own into the NBA Presidency who never let the Association down during his reign. I think it is necessary here once again to commend the outgoing NBA President, Mr. Olumide Akpata, for the revolution he brought into the NBA politics which including Free Stamp for lawyers who paid their Bar Practicing Fees as well as the revival of the publication of the NBA Law Journal among other things. The Association will continue to remember his legacy.

While welcoming the incoming NBA President, Mr. Yakubu Chonoko Maikyau (SAN) and his new team that will pilot the affairs of the NBA for another two years (2022-2024). We hope he will continue with the positive legacies being left behind by his predecessor. One must not also fail here to commend the comportment and maturity that have been displayed by Chief Chief Joe-Kyari Gadzama (SAN) as well as Mr. Jonathan Taidi during and after the elections. Running and winning the races in NBA elections are not the only way a lawyer can contribute meaningfully to the development of the legal profession.

There are still other ways, a great lesson can be learnt for the bar activities of Chief Emeka Ngige (SAN). He once contested for the position of the NBA President against Chief Okey Wali (SAN) and lost out but he eventually becomes the Chairman of the Nigerian Council of Legal Education, the body that is responsible for the co-ordination of the legal training in the Nigeria Law School. My advice to the incoming NBA President is to extend his hands of friendship to the two gentlemen that ran the race with him. As usual the question now is : Will Y.C. Maikyau take the NBA to the promised land? This is a question to be answered by the passage of time!

NOTE: Anyone is at liberty to disagree with my above submissions as I will surely appreciate a balanced, fair and objective rebuttal.